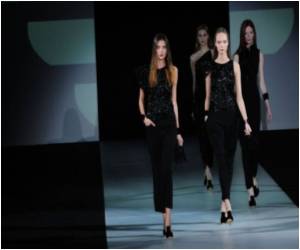 In an attempt to discourage teenagers from going after the 'perfect look' of photoshoots, British Vogue has come out with a film through which it hopes to reveal the truth behind fashion photoshoots.

The magazine has made a short film revealing the work required to create fashion shoots, from the teams of make-up artists and stylists, to the digital enhancement and lighting.

It will be distributed free to 13-year-olds in British schools this week in a bid to reassure young people worried about their appearance that nobody looks that good in real life.


"I decided it might be helpful to show what goes into the creation of a Vogue fashion picture, as a way of illustrating the skill and artifice that makes the final product," said Alexandra Shulman, editor of British Vogue.
Advertisement
She added: "Our mission in Vogue's fashion pictures is to inspire and entertain while showing the clothes created by many highly talented designers."

"They are created with this intention in mind, not to represent reality."

"The problem, if there is a problem, comes when people judge themselves and their appearance against the models they see on the pages of a magazine and then feel that in some way they fall short."

The film, narrated by model Jade Parfitt, has been distributed as fashion week starts in New York, kick-starting a month of international catwalk shows.