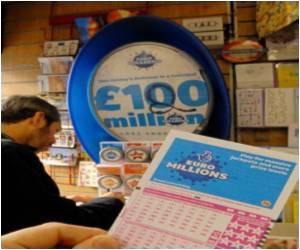 A survey conducted in Britain has revealed that nearly 75 per cent of the population has been involved in gambling last year.

The British Gambling Prevalence Survey, prepared by the National Centre for Social Research presented the data collected and in comparison to earlier years, the analysis confirms that that problem gambling has increased to a level of 0.9 per cent of the adult population. In 2007, the percentage of people who gambled was 63 while in 2010, the figure had risen to 73 per cent.

Men in their mid-30s who have white collar jobs have been revealed to be the typical problem gambling patients at the National Problem Gambling Clinic (NPGC) in Central London.
Advertisement

National Lottery continues to be the most popular form of gambling, while football had fewer people involved, and only a small number was engaged in online gambling.


Problem gamblers usually were young males who smoked and whose parents had faced similar problems with gambling. Yet, Professor David Miers, chairman of the Responsible Gambling Strategy Board's (RGSB) research panel, says that any age or cultural group could succumb to this temptation. He also warned of health problems and family breakdown when people get into the trap of 'chasing losses' where they try to offset their earlier losses with more gambling. When this starts to happen, it becomes an addiction and they are trapped in a vicious cycle.

Although many claim they gamble because 'it is fun', as a spokesperson warned, people in Britain are getting 'de-sensitized to the problems that gambling can bring.'

Christmas Eve is the luckiest day of the year for winning the lottery, the National Lottery has claimed.
Advertisement
Advertisement
This site uses cookies to deliver our services.By using our site, you acknowledge that you have read and understand our Cookie Policy, Privacy Policy, and our Terms of Use  Ok, Got it. Close
×