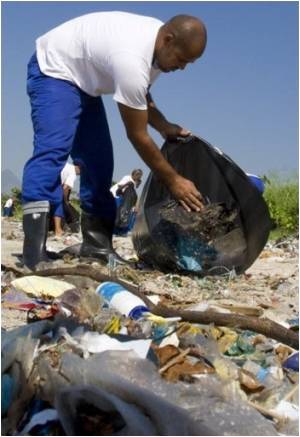 For the first time, Brazil's notorious slums, after being cleared of drug dealers and other criminals, received tourist visitors in a pilot project initiated in the country.

With the nation eager to garner world favor ahead of the 2016 Olympic Games in Rio, the new venture will afford curious visitors a chance to see the interior of a favela, which sometimes are lawless shantytowns rampant with drug-trafficking and violent crime.


But President Luiz Inacio Lula da Silva said he hopes to show that slum dwellers perhaps are impoverished but are just like people everywhere.


"People in my generation want to make sure that our children never refer to any neighborhood as a favela," Lula said as he unveiled the new program.

"Favelas are neighborhoods, communities, like everywhere else," the leftist president and former labor organizer said as he launched his "Rio Top Tour."

About a third of Rio's urban population of six million live in the city's 1,000 slums, making them a formidable security challenge ahead of the Olympics in six years' time.

The city last year beat out Chicago, Madrid and Tokyo to become the first South American country to host the 2016 Olympics.

But it has a reputation as one of the world's most violent cities, especially around its infamous favelas, and concerns have arisen since its winning bid that the country may not be able to keep the rampant crime in check.

The tour got under way at a rehearsal hall for samba dancing school in the Morro Dona Marta favela, the first to be "pacified" by authorities at the end of 2008. The community is close to the site where many of the events for the 2016 Olympic Games are to be held.

Lula said he hopes to create similar favela-tourism ventures throughout the country, at locations patrolled by special police squads to ensure that they remain safe and free of criminal activity.