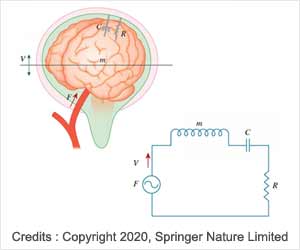 Obesity is the root cause of problems like diabetes, heart disease, stroke, arthritis and gall bladder disease. A serious look at our strategies is needed to tackle this fast growing epidemic.
Advertisement
‘Increase in brain pressure disorder, called Idiopathic Intracranial Hypertension, corresponds to an increase in obesity rates and other factors like gender and socioeconomic status. ’
Read More..


Idiopathic Intracranial Hypertension is a brain pressure disorder that results from the rise of pressure in the fluid surrounding the brain. Symptoms include chronic, disabling headaches, vision problems, and, rarely, vision loss.

Commonly diagnosed in young women, socioeconomic factors like income, education, and housing may play a role in the risk. Most often, the treatment is weight loss, but in severe cases, surgery may be required.

Analysis of 35 million patient-years of data over 15 years from 2003 to 2017 was carried out using a national healthcare database in Wales. 85% of patients were women. Body Mass Index (BMI), calculated by dividing weight by height, was recorded for the study participants.

"The worldwide prevalence of obesity nearly tripled between 1975 and 2016, so while our research looked specifically at people in Wales, our results may also have global relevance," says author William Owen Pickrell.

. Only for women, socioeconomic factors were linked to risk. Women from the group with the least socioeconomic advantages were found to have a 1.5 times greater risk of developing the disorder compared to women in the highest advantage group.

"Of the five socioeconomic groups of our study participants, women in the lowest two groups made up more than half of the female participants in the study," adds Pickrell. "More research is needed to determine which socioeconomic factors such as diet, pollution, smoking, or stress may play a role in increasing a woman's risk of developing this disorder."

Over 1 billion people world-wide are obese thus affecting their health due to their nutrition and lifestyle. 3.9% of India's population is obese! Know more about obesity and its prevention.
Advertisement
<< Mental Health in Men Declined More Than Women in Second Wave...
Improvement in Infant Brain Function by Treating Postpartum ... >>