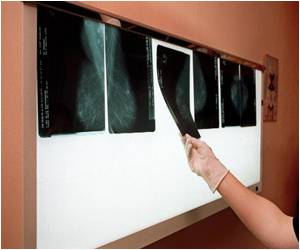 The researchers found that the chemical, at levels typically found in human blood, could also affect growth of an aggressive hormone-independent subtype of breast cancer cells called inflammatory breast cancer and diminish the effectiveness of treatments for the disease.

"We set out to determine whether routine exposures to common chemicals such as those in plastics, pesticides and insecticides could influence the effectiveness of breast cancer treatments," said corresponding author Gayathri Devi, Ph.D., associate professor of surgery at Duke. "BPA was one of the top chemicals to show growth stimulatory effects in breast cancer cells."


Devi and colleagues reported their findings in a featured abstract at the annual joint meeting of the International Society of Endocrinology and the Endocrine Society in Chicago, June 23, 2014.
Advertisement
Using new screening strategies, the researchers evaluated a panel of compounds available through a public library of chemicals managed by the Environmental Protection Agency.

The researchers focused on markers in breast cancer cells, specifically those of inflammatory breast cancer, a rare and aggressive form of disease that is difficult to treat.

"These studies provide the foundation for additional research to develop tools that can be used to identify patients who may be at greater risk of developing treatment resistance," Devi said. "The findings could also lead to biomarkers that identify patients who have heavy exposure to compounds that could diminish the effectiveness of their cancer therapy."
Source: Eurekalert
Advertisement
<< Breast Cancer is the Most Common Cancer in Women in India
New Drug Prevents Abnormal Blood Clots in the Brain >>

Breast Cancer is the Most Common Cancer in Women in India
Breast cancer in Indian women is steadily on the rise and research has shown for the first time now ...