Bone Marrow may be the Missing Piece of the Fertility Puzzle: Study

A woman's bone marrow was found to determine her ability to start and sustain a pregnancy, suggested Yale researchers in PLOS Biology.

The study shows that when an egg is fertilized, stem cells leave the bone marrow and travel via the bloodstream to the uterus, where they help transform the uterine lining for implantation. If the lining fails to go through this essential transformation, the embryo cannot implant, and the body terminates the pregnancy.

"We have always known that two kind of things were necessary for pregnancy," says Dr. Hugh Taylor, senior author and the Anita O'Keeffe Young Professor of Obstetrics, Gynecology, and Reproductive Sciences at Yale. "You must have ovaries to make eggs, and you must also have a uterus to receive the embryo. But knowing that bone marrow has a significant role is a paradigm shift."


Previous research has indicated that, in small numbers, bone marrow-derived stem cells contribute to the non-immune environment of the non-pregnant uterus, but it's remained unknown if and how stem cells affect a pregnant uterus.

"Some of these bone marrow-derived mesenchymal stem cells travel to the uterus and become decidual cells, which are the cells that are essential for the process of implantation and pregnancy maintenance," explains Dr. Reshef Tal, first author of the study and assistant professor of obstetrics, gynecology and reproductive sciences at Yale.

In two mouse models with the Hoxa11 gene defect, which presents in mice as a defective endometrium, the researchers found that a bone marrow transplant from a healthy donor could improve fertility by promoting sufficient decidualization of the endometrium. In mice with only one copy of the defective gene, the transplant saved pregnancies that would otherwise have been lost and increased litter sizes, while in the mice with two bad copies of the gene, which were thus entirely infertile, the transplant caused growth and repair of the defective endometria.

This study was made possible by a methods breakthrough that Tal and Taylor made a few years ago. For more than two decades, Taylor and his team had been trying to restore fertility in mice with these genetic mutations, but until recently, they didn't have a form of chemotherapy strong enough to allow an effective bone marrow transplant without killing all the eggs of the mice. (Before a bone marrow transplant, chemotherapy or radiation is used to clear the body of the existing bone marrow, so that the donor bone marrow can take its place.)

"We used an anti-metabolite drug, which is still considered a chemotherapy, but it doesn't harm the ovary, and therefore the mice are still able to get pregnant, allowing us to track the transplanted bone marrow cells and investigate their role in reproduction," says Tal. "We are currently translating these findings into humans to better understand the role that these bone marrow-derived stem cells play in recurrent implantation failure and recurrent pregnancy loss, two conditions that are unexplained in the majority of women and have no effective treatment." Though more research is needed prior to clinical trials, Tal and Taylor see hope for the patients they treat for infertility on the clinical side of their practice in this latest advance.

"These are frustrating medical conditions," says Taylor. "When you have a damaged endometrium leading to infertility or repeated pregnancy loss, all too frequently we have not been able to correct it. Bone marrow can be considered another critical reproductive organ. This finding opens up a new potential avenue for treatment of a condition that has been untreatable in the past."

Infertility is Linked to Slight Increase in Cancer Risk
Women struggling with infertility are more likely to develop cancer compared to a group of women without fertility problems, although the absolute risk is very low.
READ MORE 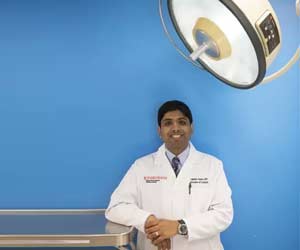 Prevalence of Male Infertility is 50%, Say Andrologists at Rutgers
Fifty percent the couples with infertility have a malefactor say Andrologists. The variety of areas concerned with male reproductive health, that andrologists look for include urology, endocrinology, surgery, and genetics.
READ MORE