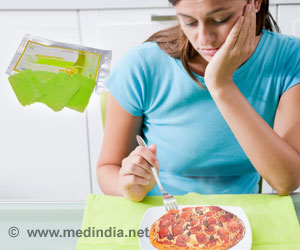 Even as Barack Obama and Mitt Romney slug it out ahead of this year's Presidential elections, they will be faced with one of the most important questions troubling the country during their next debate.

The prize: free pizza for life from the Pizza Party to one who asks either Obama or Romney the age-old question - sausage or pepperoni? - during the live telecast town hall format Oct 16 presidential debate at New York's Hofstra University.

Food preservatives are basically antimicrobials or anti-oxidants that help preserve food by destroying the microbes and stopping decomposition of food products.
Advertisement

The Pizza Party was formed last week by international pizza chain Pizza Hut as it introduced its crowd-pleasing Big Dinner Box as the party's candidate. It is also seeking voters' help in selecting the running mate for the Big Dinner Box. Ballots will open Oct 11, the same day the vice presidential candidates Joe Biden and Paul Ryan take the stage for their own debate.


Those who have signed up on the website to be a member of The Pizza Party can choose between wings, pasta or Stuffed Pizza Rollers as the VP.

"We recognize there are a lot of serious issues to be debated, but we also know a lot less serious - but no less important - ones are being discussed every night inside houses across the country," said Pizza Hut marketing head Kurt Kane.

There are foods researched by nutrition science which exert effects in such a way that the body is pushed towards a fat-loss mode.
Advertisement
<< Multi-Institute Study on Effects of Musical Training on Chi...
Delhi High Court Gives Panel More Time for Recommendations ... >>

Cravings often signify some need-whether nutritional or mental. Read on to find out if it's really your sweet tooth or something else.

Fast Food Addiction in Teenagers
News Archive
News Resource
News Category
JUUL E-Cigarettes Banned from US Market Busy Americans Get The Least Sleep At 40 Years Deepika Padukone Rushed To Hospital After Sudden Chest Pain Vegans, Vegetarians and Fish Eaters Have Better Memory Than Meat Eaters How to Reduce the Risk of Acute Kidney Injury By Drinking Coffee?
More News
Sign up for Wellness Consult a Doctor Sign up for Selfcare