Biscuit: The Cat That Weighs 37 Pounds! 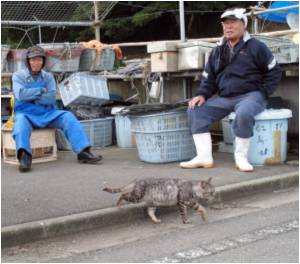 An animal shelter in St. Louis area of Missouri, United States, is currently home to a cat that weighs 37 pounds, equivalent to a 4-year old human child.

Named Biscuit, the cat is nearly three times the weight of a normal adult cat, which weighs around 10 to 15 pounds, and the staff at the St Charles Animal Control shelter is worried over the health of the cat and has restricted him to a cup of diet food per day.

Biscuit apparently has already lived with two different owners, the first of whom liked to feed his treats. He has been neutered and is believed to be four years old.


The shelter's lead animal control officer, Teresa Gilley said that Biscuit's first owner was a disabled woman who brought him to the animal shelter a year ago as she was unable to care for him any longer. Gilley added that Biscuit is able to jump pretty high despite his huge weight as she found him sitting on an office chair once.