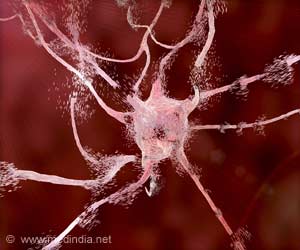 A newly identified biochemical pathway protects cells from a type of cell death called ferroptosis, said Moffitt Cancer Center researchers. The findings of the study are published in Cell Metabolism.

The hallmarks of cancer include rapid cell reproduction and metabolic activity. But these processes also lead to increased cellular stress and oxidation, and the risk of cell death.

Some trans fats can enhance a pathway inside the cell that leads to cell death. However, drugs targeting this mechanism could help address diseases associated with these fats.
Advertisement
‘A new biochemical pathway that protects cells from ferroptosis (a type of cell death) has been discovered.’

Ferroptosis is a specialized type of cell death that is caused by imbalances in oxidation within cells. Ferroptosis results in changes to molecules in the cell membrane called lipids and can be caused by cysteine starvation.


Cysteine is a type of amino acid that is one of the building blocks of proteins and is also used by the body for numerous important physiological processes, including cell survival, regulation of oxidative-reduction reactions and energy transfer.

The mutated metabolic pathway - PI3K-AKT-mTOR pathway that protects cancer cells, is identified as the forefront to design new cancer therapeutics.
Advertisement
Because of its critical role in normal processes, cysteine is highly regulated to prevent excess or insufficient amounts of the amino acid.

In fact, studies have shown that cancer cells can be induced to undergo cell death by either inhibiting cysteine uptake or starving cells of cysteine.

However, the downstream processes that are stimulated by cysteine starvation are unclear. Moffitt researchers performed a series of laboratory investigations to learn what molecules become activated after cysteine deprivation and how this impacts cells.

The researchers discovered that cancer cells can activate signaling pathways to protect themselves against cell death due to cysteine starvation.

When the team starved non-small cell lung carcinoma cells of cysteine, the cells began to undergo ferroptosis. However, cysteine starvation also resulted in an unexpected accumulation of small molecules called γ-glutamyl-peptides, which protected the cells against ferroptosis.

The researchers found that the peptides were synthesized through the activity of the protein GCLC. Under normal conditions, GCLC is involved in the first step of the synthesis of the antioxidant glutathione from the amino acids cysteine and glutamate.

However, this newly discovered activity of GCLC occurred in the absence of cysteine and was important to limit both glutamate accumulation and oxidant production.

The researchers further analyzed signaling mechanisms controlling GCLC-mediated peptide synthesis and discovered that GCLC was regulated by the protein NRF2.

"NRF2 is known to play an important role in the protection against cellular oxidation and is often deregulated in lung cancer," said lead author Gina DeNicola, Ph.D., assistant member of the Cancer Physiology Department at Moffitt.

"The ability of NRF2 to protect against ferroptosis has important implications for cancer, particularly lung cancers that commonly have NRF2 activation via mutations in KEAP1 and NRF2."

An international team of researchers has found a different way cancer becomes resistant to chemotherapy, suggesting a new target for drugs.
Advertisement
<< CDC Says UK COVID-19 Variant Could be Dominant US Strain By ...
Bird Flu Outbreak in Iraq >>

Bereavement
News Archive
News Resource
News Category
Can Dogs (as Pets) Help Reduce the Risk of Inflammatory Bowel Diseases? Playing Video Games may be Beneficial for LGBTQ+ Youth Monkeypox Doesn't Spread Easily by Air Like COVID, Says US CDC Treating Monkeypox With Antiviral Drugs Might be Effective Corneal Cells Help the Eyes to Protect Against Infection
More News
Sign up for Wellness Consult a Doctor Sign up for Selfcare