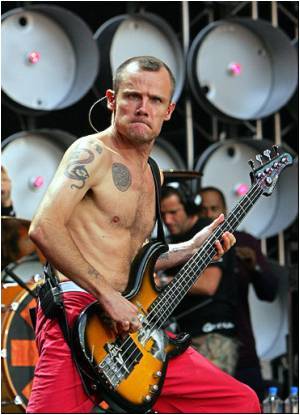 Listening to Take That and Abba is what makes us the happiest, a new study has found.

The study from the Mindlab International Laboratory measured participants' skin conductance and brain activity and found that songs from these two bands got people's pulses racing.

After the Greatest Day, the songs that measured highest in the test included Dancing Queen, by Abba, the favourite of wedding disc jockeys; Finally by Ce Ce Peniston, a dance track that was heard across clubs in 1991 as people tried to forget the Norman Lamont recession.


And at number five was Jump, by Van Halen.

"Music affects people emotionally, intellectually and at a deep psychological level, as a result of biochemical systems in the body that originally evolved to make us emotionally responsive to the cries of our infants," the Telegraph quoted Dr David Lewis Hodgson as saying.

Adolescent depression is an ailment that occurs during the teenage characterized by persistent melancholy, disappointment and loss of self-esteem.
Advertisement
"The differences between people's subjective and physical responses clearly show that preconceptions about music tracks do not always relate to their enjoyment."

Gennaro Castaldo, at HMV, wasn't surprised that Take That was people's favourite.

"Take That have been elevated into national treasures after their come back. Second time around it feels as if they are doing it because they are genuinely enjoying themselves and having fun," he said.

"And that shines through in their music and reflects back on us, the listener. They can be very joyful to listen to."

Abba, he said, were the perfect band to listen to in these financially austere times.

"Their lyrics are actually quite mournful, but we associate them with fantastic melodies and sequins. It's feel-good music at its best."

Depression is a common disorder and many worldwide suffer from depression. Early recognition of symptoms and signs of depression can help in taking a holistic approach to the management of depression.
Advertisement
<< The Future of Travel: 'Air Trains'
Nasal Spray Flu Vaccine on the Anvil >>

More News on:
Is Your Man Moody? Food and Mood Overcome Bad Mood with Yoga

Daily Calorie Requirements The Essence of Yoga Drug - Food Interactions Diaphragmatic Hernia Accident and Trauma Care How to Reduce School Bag Weight - Simple Tips Iron Intake Calculator Blood - Sugar Chart Post-Nasal Drip Sanatogen
This site uses cookies to deliver our services. By using our site, you acknowledge that you have read and understand our Cookie Policy, Privacy Policy, and our Terms of Use