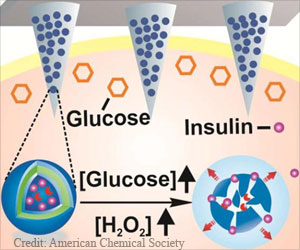 Fast-cooking dry beans could provide more protein, iron, and other minerals than slower dry beans, suggests a new study. The study is published in the Journal of Agricultural and Food Chemistry.

Beans are a versatile, inexpensive staple that can boost essential nutrients in a diet, especially for people in low-resource areas where food options are limited.

According to the World Health Organization about 2 billion people around the world are estimated to be deficient in key vitamins and minerals, including iron and zinc. Dry beans could help address these deficiencies, but they often take a long time to cook. This can deter people from adding them to meals.


To prepare food, many people with limited resources rely on burning wood, charcoal or other biofuels that can require a lot of time to gather or a relatively high percentage of their income. For those reasons, faster-cooking beans would be a good dietary option, but whether they carry the same nutritional value as slower-cooking varieties were unknown. So Karen A. Cichy, from the U.S. Department of Agriculture, and colleagues set out to test them.

A study found that legumes like beans, chickpeas, lentils and peas lower cholesterol levels.
Advertisement
The researchers analyzed the nutritional value of 12 fast-, moderate- and slow-cooking dry bean cultivars from four classes: yellow, cranberry, light red kidney and red mottled. The speedier beans maintained higher protein and mineral content after they were prepared than the moderate- and slow-cooking varieties.

For example, the fast-cooking yellow bean Cebo Cela contained 20 percent more protein, 10 percent more iron and 10 percent more zinc than the yellow bean Canario, which took twice as long to prepare. Further testing showed that the iron bioavailability -- the amount that a person's body would absorb -- is also higher in the quicker-cooking beans in each of the four classes examined.

In Herat Afghanistan, at least 100 school boys have been admitted to a hospital after reportedly consuming poisoned beans outside their school gates.
Advertisement
<< Neurotransmission Gene Discovery may Lead to Early Detectio...
Illegal Drugs can Now be Identified Faster and With Greater... >>

Lentils in your daily diet are the key to beating high blood pressure, says study.

Drug Interaction Checker Blood Pressure Calculator Indian Medical Journals Selfie Addiction Calculator Pregnancy Confirmation Calculator The Essence of Yoga Find a Doctor Sanatogen Hearing Loss Calculator Turmeric Powder - Health Benefits, Uses & Side Effects
This site uses cookies to deliver our services.By using our site, you acknowledge that you have read and understand our Cookie Policy, Privacy Policy, and our Terms of Use  Ok, Got it. Close
×