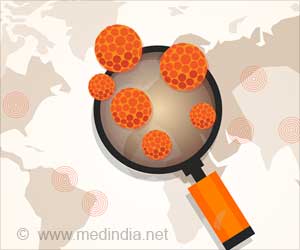 Basophils, a rare group of white blood cells were found to play a key role in the immune response to a bacterial infection, preventing the development of sepsis, stated study published in Nature Immunology, scientists from Seattle Children's Research Institute.

Researchers say their findings could lead to better ways to prevent the dangerous immune response that strikes more than 30 million people worldwide every year.

Advertisement
‘Research focused on certain aspects of basophil function could offer better ways to determine an individual's risk for sepsis or prevent the dysregulated immune response that can lead to sepsis.’

"Sepsis is the number one killer of children globally, yet little is known about what goes wrong in an individual's immune system to cause sepsis as it fights off an infection," said Dr. Adrian Piliponsky, a principal investigator in the research institute's Center for Immunity and Immunotherapies. "Without this information, it's hard to predict who will develop sepsis or explain why sepsis causes a range of immune responses in different individuals."


Learning from the early stages of infection

To better understand the changes the immune system undergoes as an infection progresses into sepsis, a Seattle Children's team led by Piliponsky, along with collaborators from the Stanford University School of Medicine and other international labs, traced the immune response back to the early stages of infection.
Advertisement
They focused on a particular group of white blood cells called basophils known to help initiate an immune response to an infection.

"As one of the rarest cell types in the body, basophils make up less than 1% of a person's white blood cells," said Piliponsky, an associate professor of pediatrics at the University of Washington School of Medicine. "Scientists have long suspected that basophils can enhance the immune defense against a bacterial infection although there was no scientific proof of this role prior to our study."

To examine the basophils' contribution to the immune response, the researchers used a model of bacterial infection and sepsis that closely resembles the progression and characteristics of human sepsis in genetically-modified mice.

Their studies showed that basophils were one of the first types of immune cell to appear at the infection site. The presence of basophils not only enhanced inflammation at the early stages of an immune response to infection and improved survival in mice, but did this in part by releasing a protein known as tumor necrosis factor (TNF).

As a major player in the immune response to an infection, TNF sends the signal to other cells causing them to switch into high gear and generate the inflammatory response that is vital to protecting and healing damaged tissue. Its presence in this research adds to mounting evidence that basophil-derived TNF plays a major role in the first stages of the immune system's defense against an infection, and indicates that a reduced basophil presence or a deficiency in factors regulated by basophils can lead to sepsis.

"These findings show that basophils, despite their low numbers, can trigger a cascade of events that both helps them to initiate an immune response against infection and enhances the effectiveness of this response," wrote Piliponsky and his co-authors in the paper. "Together, these findings provide novel insights into how basophils, and basophil-derived TNF, might have key roles in the early stages following bacterial infections and in resisting the progression of such infections to sepsis."

Piliponsky believes these studies lay the groundwork for future projects.