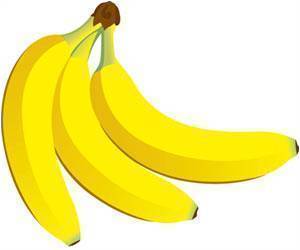 A British woman suffers from one of the rarest forms of phobia that causes her to hyperventilate and start sweating whenever she comes face to face with a banana.

Fran Dando is one of the only few people in Britain who suffers from bananaphobia though the 21-year old is forced to handle it because her two year old loves the fruit.

A phobia is an irrational and exaggerated fear of an object or a situation that in reality, poses little or no actual danger.
Advertisement

Fran revealed that the phobia started when she was seven years old after finding a banana in her bed which was hidden by her brother.


"I felt this horrible slimy thing. It frightened the life out of me. Suddenly I was hyperventilating and sweating. I was frozen in panic. Ever since then if I see one, the same feeling comes back", she said, adding that she now wears gloves when handling the fruit to give it to her son.