Ban on Import of Birds from Australia Lifted By UAE 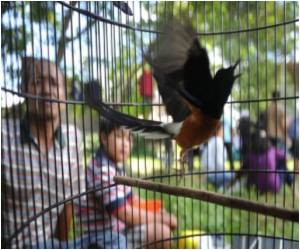 A ban on the import of live birds from Australia, saying no cases of bird flu have been detected in the country has been lifted by the UAE's ministry of environment and water.

Rashid Ahmed bin Fahad, minister of environment and water, issued a decision on lifting the ban on import of all live birds including domestic, wild and ornamental in addition to their products from Australia.

The ministry issued the decision after receiving information from the World Organization for Animal Health, which said no cases of bird flu have been reported in Australia.

Risk of Pandemic from Flu Strains in Pigs and Birds
A new study from MIT led by an Indian origin scientist has identified influenza viruses circulating ...

Birds With Fewer Offspring Live Longer, Says Study
A recent study on birds has revealed a strong correlation between reproduction and lifespan....