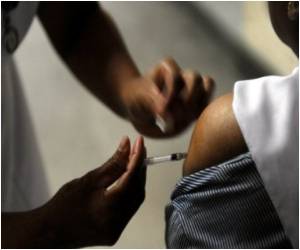 Clinical trials should be as per laid down procedures, says Health Minister Ghulam Nabi Azad.

"Clinical trials have to be there, but going for a clinical trial for testing any medicine on human being, there is a laid down procedure," Azad said, reacting to the apex court's notice to the central government on a plea seeking investigation into illegal and unethical clinical trials.


"...Sometimes the companies don't go by the laid down procedures and it causes great harm to persons and individuals on which this test is carried out," the health minister said on the sidelines of a conference in Bangalore.

A Supreme Court bench of Justice R.M. Lodha issued notice on a plea by Madhya Pradesh-based Swasthya Adhikar Manch that, in a large number of cases, multinational corporations were using contract research organisations for carrying out clinical trials of their drugs which are not even approved.

Counsel Sanjay Parikh, appearing for the petitioner NGO, told the court that, as a consequence of these illegal clinical trials, a total of 1,727 patients have died in four years from 2007 to 2010.

The central government has been asked to respond to the notice within six weeks.

Secret Drug Trials On Indian Children Provoke Activists' Anger
A petty fine of just 5,000 rupees ($94) each on 12 doctors for conducting secret drug trials on children and patients with learning disabilities has triggered an outcry among Indian activists.
READ MORE

Integrity of Medicine Jeopardized by Lost Trial Data
Absence of clinical trial data can put patients in peril and land in pointless expenses of health systems; warn experts as part of an in-depth BMJ review of the issue.
READ MORE