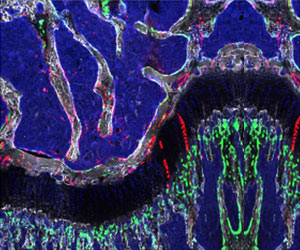 Autologous stem cell therapy in children with traumatic brain injury (TBI) cuts the amount of therapeutic interventions needed to treat the patient, as well as the amount of time the child spends in neurointensive care, according to research by the University of Texas Health Science Center at Houston (UTHealth) Medical School.

The study appeared in the most recent issue of Pediatric Critical Care Medicine.

TBI patients at Children's Memorial Hermann Hospital from 2000 to 2008 were divided into two groups: those who received autologous bone marrow stem cells as part of a pilot study and those who did not. Researchers used the Pediatric Intensity Level of Therapy score to determine the degree of therapeutic intensity that was done to reduce the cranial pressure below the danger zone.


For those who received the stem cells, researchers noted a significant reduction in the score beginning at 24 hours post-treatment through the first week. Patients who did not receive the stem cells spent nearly twice as much time in neurointensive care - 15.6 days compared to 8.2.
Advertisement
"Everything we do to treat traumatic brain injury is aimed at reducing the pressure in the brain," said Dr.Charles S. Cox, Jr., principal investigator, professor and the George and Cynthia Mitchell Distinguished Chair in Neurosciences at UTHealth and co-director of the Texas Trauma Institute at Memorial Hermann-Texas Medical Center. "We can measure the pressure and there are medications to reduce the water in the brain but all of those have risks associated with them, such as renal failure and kidney problems. Our study showed that with stem cell therapy, we need to do less intervention for a shorter period of time for the patient."

Copenhagen Researchers Find How Stem Cells Generate Insulin-producing Cells in Labs
Stem cells combine specific sets of proteins at precise positions along the DNA. When these ......