Autoimmune Disease Could Be Explained By Body's 'Safety Procedure' 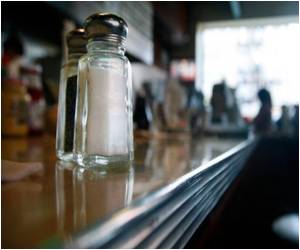 An important safety mechanism in the immune system that may malfunction in people with autoimmune diseases, such as Multiple Sclerosis, was found by Monash University researchers. It could , potentially pave the way for innovative treatments.

Published today in Immunity, the research, led by Head of the Monash Department of Immunology Professor Fabienne Mackay, described for the first time how the body manages marginal zone (MZ) B cells, which form a general first line of attack against germs, but are potentially harmful.

MZ B cells are integral to our defenses as they rapidly produce polyreactive antibodies that are capable of destroying a variety of pathogens. This first response gives the body time to put in place an immune reaction specific to the invading microbe.


However, MZ B cells have the potential to turn against the body. Some are capable of producing antibodies which attack healthy, rather than foreign, cells -- known as an autoimmune response. Bacteria trigger MZ B cells irrespective of whether these cells are dangerous or benign, effectively placing anyone with a bacterial infection at risk of developing an autoimmune disease.
Advertisement
Professor Mackay's team has discovered the mechanism that regulates this response, ensuring that that the majority of infections do not result in the body attacking its own tissue.

"We found that while MZ B cells are rapidly activated, they have a very short life span. In fact, the very machinery which triggers a response leads to MZ B cells dying within 24 hours," Professor Mackay said.

"This means that in a healthy person, the potentially harmful immune cells are not active for long enough to cause in tissue damage. We now need to look at whether a malfunction in this safety feature is leading to some autoimmune diseases."

When MZ B cells are activated by bacteria, they express greater amounts of a protein known as TACI. When TACI binds to another protein as part of the immune response, this triggers the activation of the 'death machinery' inside MZ B cells. The detection of a pathogen sets of a chain reaction that both activates and then destroys MZ B cells.

Professor Mackay said this was an entirely new way of looking at the immune system.

"The research suggests that through evolution the immune system has not solely been vulnerable to infections but has learned to take advantage of pathogens to develop its own internal safety processes," Professor Mackay said.

"This says something important about our environment -- pathogens are not always the enemy. They can also work hand in hand with our immune system to protect us against some immune diseases."

Study Reveals Gender Bias Found In Autoimmune Diseases
Females can mount more powerful immune responses than males. Despite this, the flip side of this ......