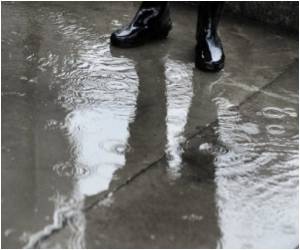 Human rights commissioner of Australia said that the government must come clean about conditions at offshore asylum-seeker camps after an inquiry heard of an alleged cover-up of mental health problems.

The facilities have been under the spotlight in recent weeks following reports that up to a dozen mothers had attempted suicide at a detention centre on Christmas Island, an Australian territory in the Indian Ocean.

The women did so under the belief that their babies would have a better chance of being settled in Australia if they were orphans, reports said.


A leading psychiatrist alleged at a national inquiry into the mandatory detention of children seeking asylum that figures showing the extent of mental health issues had been covered up by the immigration department.
Advertisement
Peter Young, a former mental health services director with the International Health and Medical Service, a detention centre service provider, said he collected figures showing "significant" psychological problems among a number of child detainees.

"(The Immigration Department) reacted with alarm and have asked us to withdraw these figures from our reporting," Young said.

Immigration Department Secretary Martin Bowles told the inquiry: "If our staff did an inappropriate thing, then I will deal with that," the Australian Broadcasting Corporation reported.

Australian Human Rights Commissioner Gillian Triggs visited the Christmas Island centre this month and said many of the children being held were plagued by despair and suffering symptoms consistent with post-traumatic stress disorder.

On Thursday, she called for Immigration Minister Scott Morrison to be more transparent about conditions in offshore centres, which also include Nauru in the Pacific and Manus Island in Papua New Guinea.

"If the information is being redacted, altered, before it gets to the minister then that is extremely concerning," she said on the sidelines of the inquiry.

"The minister has a responsibility to be much more transparent about what is happening."

"Where this is smothered in secrecy you get these kinds of processes where data is interfered with, statistics are changed or reporting is not given."

Morrison on Wednesday called Triggs' claims that children in detention were self-harming, biting themselves, banging into furniture, and swallowing poisons "quite sensational".

"She herself is not a doctor and we have medical people who are there who provide that care on a daily basis," he said, adding that the number of children being held had dropped by 35 percent since the conservative government took office.

The inquiry heard that 659 children were currently in immigration detention.

Asked Thursday about their living conditions, Prime Minister Tony Abbott told reporters: "No one wants to see children in detention."

Any boatpeople who arrived in Australia after July 19, 2013 cannot be resettled in the country, regardless of whether they are eventually judged to be genuine refugees. They are instead sent to camps in the Pacific for processing or resettlement.

Abuse and Neglect in Early Childhood Linked to Physical and Mental Health Problems
Facing abuse or neglect early in life puts kids at a higher risk of developing both emotional and .....

Veterans With Muscle, Bone or Joint Injury and Mental Health Conditions More Likely to End Service
After an Iraq deployment, sixty percent of U.S. Army soldiers who were unable to return to a ......