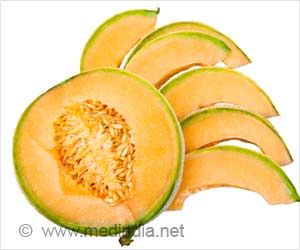 Fifteen elderly people have been infected in the outbreak, which is being linked to one of Australia's biggest melon producers in the state of New South Wales. All these people had consumed rockmelon, also known as cantaloupe, before falling ill.

Advertisement
‘Listeriosis caused by Listeria usually presents as a brain inflammation, brain abscess or blood poisoning in immunosuppressed patients. In some cases, pneumonia and heart valve infections are also reported.’


Rockmelons have been withdrawn from supermarket shelves across Australia following the outbreak, which began in January, the BBC reported.

Listeria is a bacterium which can be deadly for pregnant women, elderly people, newborns and adults with weakened immune systems.
Advertisement
"People vulnerable to listeriosis should discard any rockmelon purchased before March 1," said Vicky Sheppeard, the director of communicable diseases for the New South Wales Health authority.

Quiz on Food Safety for Health
Food safety is the science of handling, preparing, storing and processing food so as to prevent ......

Probiotics With Gut Bacteria Could Prevent Listeria Infection in Cancer Patients
Gut microbiome, the community of bacteria that naturally lives in the gastrointestinal tract might ...