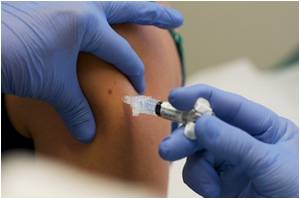 A study that will be presented at the annual meeting of the American Orthopaedic Society for Sports Medicine says that patients who undergo arthroscopic surgery for a mechanical disorder of the hip have a good chance of being able to return to their sport at a high level of competition.

Are you experiencing pain due to damaged hips? Travel abroad to get replacement surgery at affordable prices.
Advertisement

"This study demonstrates that there is high rate of return to pre-injury level of function with arthroscopic intervention," said Bryan Kelly, M.D., sports medicine orthopedic surgeon and co-director of the Center for Hip Pain and Preservation at Hospital for Special Surgery. "Before this study we knew that hip impingement occurred in athletes, but we were not certain as to the degree of our ability to treat this arthroscopically with a successful return to full function." He says arthroscopic surgery provides a viable alternative to open surgery and may allow for a faster recovery without compromising ultimate function in appropriately selected patients. Dr. Kelly will be presenting the study (abstract 9291) at the AOSSM meeting.


In recent years, a hip condition known as femoro-acetabular impingement (FAI) or hip impingement has become widely recognized in the medical community. The hip is a ball-and-socket joint where the upper end of the thigh bone fits into the cup-shaped socket of the pelvis. In a healthy hip joint, the ball rotates freely in the cup, but in some people a bony bump on the upper thigh bone produces a situation where there is inadequate space for the hip bone to move freely in the socket. The result is damage to the socket rim and the cartilage that lines the bones, which can lead to hip arthritis.

Osteoarthritis is one of the commonest joint disorder and occurs as we age due to wear and tear of a joint. Osteoarthritis can affect any joint of the body.
Advertisement
While this syndrome can affect anyone who is genetically disposed to develop the condition, symptoms often appear earlier in those who are athletic. Athletes with the syndrome often present with complaints of pain, decreased range of motion, and the inability to perform at a high level of competition. "In athletic activities which require a high degree of motion and significant force through the joint, there can be earlier onset of symptomatic injury," Dr. Kelly said.

Previously, a few small studies had shown that hockey players could successfully return to play after undergoing arthroscopic surgery for FAI. To find out if this was the case with other athletes, investigators at HSS launched a study involving athletes from a variety of sports and in a much larger population. Investigators looked through the records of high level athletes at HSS who underwent arthroscopic surgery for FAI and had a minimum of one year of follow-up. Patients who had FAI in both hips were excluded.

Investigators reviewed demographic characteristics of the athletes, X-rays, and data collected during the operations. An independent blinded examiner recorded athlete's strength after the operation, range of motion, and complications. All patients completed questionnaires that measured hip-specific outcomes including the Modified Harris Hip Score (MHHS) and Hip Outcome Score. Investigators also collected information about how soon athletes were able to return to play, return to competition, and return to the same level of competition they were at before they started having problems.

X-rays showed an improvement in the anatomy of the hips, and investigators identified statistically significant improvements in the average MHHS scores before surgery, 68.6, compared with the post-op scores, 88.5. "The MHHS score is a subjective outcome score that is used to measure the level of patient performance or ability to do certain activities on a scale of 1 to 100, with 100 being unlimited function and one not able to do anything," Dr. Kelly said. Hip Outcome Scores, also measured using a similar scale, also improved from 78.8 before surgery to 91.4 after surgery.

The researchers say that arthroscopic treatment of FAI allows a large percentage of athletes to return to a high level of competition and is a good alternative to open surgery in the appropriate patient. This is important given arthroscopy surgery has a number of advantages over traditional open surgery. "Although technically challenging, appropriately performed arthroscopic surgery results in less soft tissue trauma, less blood loss, shorter hospitalizations, and likely provides a faster return to a full recovery," Dr. Kelly said.