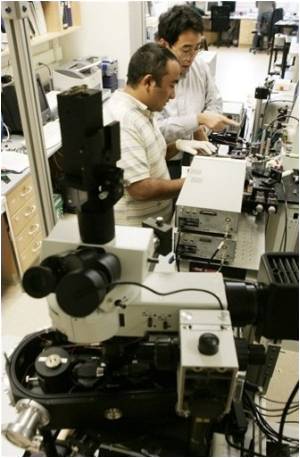 A recent study published online in The Journal of the National Cancer Institute says that although the standard practice of treating patients with advanced Nasopharyngeal Carcinoma using radiation and chemotherapy may reduce cancer deaths compared to patients treated with radiation alone, non-cancer related deaths and toxicity problems have been shown to increase.

Combining radiation and chemotherapy has been the long-standing standard treatment for nasopharyngeal carcinoma, ever since the Intergroup-0099 Study in the early nineties showed increased three-year overall survival for patients treated with the combined therapies. But there have been few data on the potential toxicities of these treatments. The NPC-990 Trial is the first study with data on toxicities and causes of non-cancer death.


Patients from five hospitals in Hong Kong and Canada were enrolled in the trial, which lasted from March 1999, until February 2004. Patients were followed up at least every three months during the first three years, and then every six months thereafter until death.

Chemotherapy drugs perform like 'magic bullets' to destroy cancer cells in the body.
Advertisement
The researchers found that the patients taking combined radiation and chemotherapy experienced a statistically significant reduction in deaths due to disease progression. But they also experienced a statistically significant increase in deaths due to treatment-related toxicities and other causes. Indeed, there was an acute toxicity rate of 83%, compared to 53% in the radiation therapy group alone.

The authors also reported a "worrisome increase" in non-cancer deaths in the combined therapies group, including infection, second malignancy and suicide. This finding "could narrow the actual magnitude of survival gain," they write.

Treatment for Colorectal Cancers may involve surgery,chemotherapy, radiation therapy or biological therapy. Some people require a combination of treatments.
Advertisement
<< Athletes can Return to Play Following Arthroscopic Treatmen...
Kidney Function can be Preserved by Steroids >>