Aspartame Safety Assessment Might Not Need Any Change: EFSA 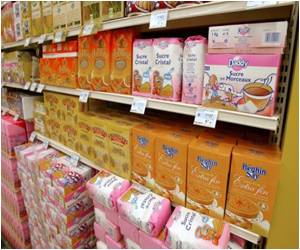 The European Food Safety Authority (EFSA) revealed that it has found no evidence that the most commonly used artificial sweetener, aspartame, is bad for our health but added that it will continue to assess various studies to see whether new evidence emerges which will indicate a potential risk to human health.

Aspartame has been approved in Europe, the United States, New Zealand and Australia but has faced a number of allegations regarding its safety to humans, including increasing risk of health problems such as birth defects, brain damage, lupus or severe seizures.

Two studies in 2010 linked aspartame with a slight increase in adverse health outcomes. However the EFSA said that after careful study of the findings, it found no reason to change the current safety assessment of aspartame.


"This process has ensured that no stone has been left unturned and that the widest possible range of scientific views and information are considered before EFSA's Panel on Food Additives and Nutrient Sources Added to Food (ANS Panel) adopts its opinion", a statement by EFSA said.

Source: Medindia
Advertisement
<< The Adult Generations of Today are Less Healthy Than Their ...
Being Away from Home Linked to Happier Tweets >>

More News on:
Colas are Bad For Health in the Long Run Artificial Sweeteners

Alkaline Diet
Unlike most diets, alkaline diet focuses on preventing diseases such as urinary tract infection and ...