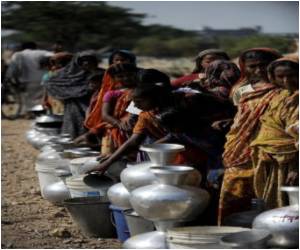 Arsenic, a naturally occurring element in the earth's crust, could, even at moderate levels, pose the threat of heart disease, claims a study carried out in Bangladesh.

Researchers studies 12,000 men and women in Araihazar, Bangladesh where they are exposed to contaminated ground water.

Ability to Eliminate Arsenic from Body Varies Among People

The arsenic levels in water in wells frequented by the people were measured. Urine samples were also tested. The study was carried over a period of 6.6 years.

The reason behind why an arsenic compound, called arsenite, can kill us, and yet function as an effective therapeutic agent against disease and infections has been discovered
Advertisement
Smokers faced a higher risk from dying of heart disease triggered off by arsenic compared to non-smokers.

Since it had been established in earlier studies that arsenic can induce hardening of the arteries (atherosclerosis), the threat of cardiovascular problems do exist in even moderate levels of arsenic in drinking water as these findings conclude.