Approval of New Weight Loss Drug Awaited from US Regulators 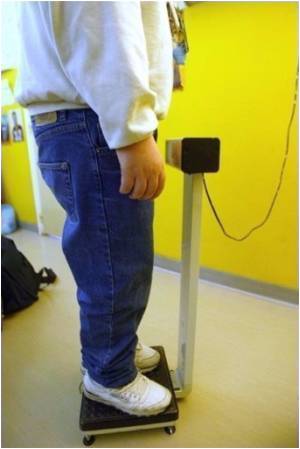 Whether to approve the second new anti-obesity drug in 13 years, Qnexa, which studies have revealed may help some people lose up to 10 percent of their body weight, is to be decided by US regulators.

The Food and Drug Administration last month approved Belviq by the US company Arena Pharmaceuticals, making it the first new weight loss aid to hit the market since 1999.

Some analysts have touted Qnexa as the next "blockbuster," akin to the best-selling cholesterol drug Lipitor, with the US market desperate for new treatments to help the two thirds of the population who are overweight or obese.


But critics fear it carries side effects that could be dangerous, like speeding heart rates and causing birth defects, and should be studied further before it is approved for widespread use.

Correct diet and a planned exercise regime is the mantra of healthy and sustainable weight loss.
Advertisement
Qnexa, made by California-based Vivus, combines two existing drugs, the appetite suppressant phentermine and topiramate, an anti-seizure medication that has been shown to aid weight loss.

Some doctors already prescribe the combination as an off-label use for helping patients manage their weight.

An advisory panel to the Food and Drug Administration urged approval of Qnexa in February, after warning against its approval in 2010 due to safety concerns.

The panel voted 20-2 that the FDA should allow Qnexa on the market, saying the latest overall benefit-risk assessment supported its approval, but asking for more data on potential risks and how to avoid them.

For instance, some people who took high doses of the drug experienced increased pulse rate and higher risk of irregular heart rate.

When taken by women who became pregnant while on the drug, it also raised the risk of having a baby with a cleft palate.

The FDA does not have to follow the advice of the advisory panel, though it usually does.

Regulators in April extended their decision date to July in order to review additional risk management strategies submitted by the company.

"We have already stated our opposition to it we will certainly urge people not to use it," said Sidney Wolfe, director of health research at Public Citizen, a consumer group.

"I don't know how many more diet drugs have to cause massive numbers of heart attacks and strokes before people realize that you can't just magically say 'let's turn off hunger and everything else is okay.' It just doesn't work that way," he told AFP in April.

The United States has approved and later banned a series of diet drugs, mainly over excessive risk of heart attack and stroke.

Prior to Belviq's approval in June, the last anti-obesity drug approved in the United States was Xenical (Orlistat) by Roche in 1999.

Phentermine, approved in 1959, is also on the market for controlling appetite, and makes up one of the two key ingredients in Qnexa.

According to Jacob Warman, chief of endocrinology at The Brooklyn Hospital Center, Qnexa would be "the next blockbuster, no question."

"I think the FDA knows that the general population is hungry for a diet drug," he said in an interview, noting that Qnexa exceeds the bar for considering weight loss "significant," or higher than five percent of body weight loss.

The effect of recently approved Belviq was generally lower. People lost an average of three to 3.7 percent of their body weight after a year when compared to a placebo.

India and China, which are epicenters of a booming economy, are now witnessing a steady rise in obesity. Globalization is the prime accused.
Advertisement
<< Practicing Banned Foetal 'Sex Tests' Gets Doctors Suspended ...
Cells Changing Identity May Set Off Fatal Liver Cancer: UCSF... >>