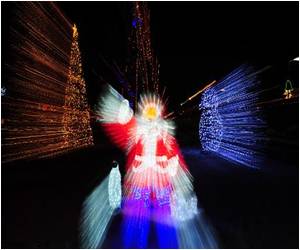 In accordance to a global study by a major Jewish rights group, more than one in four adults harbor anti-Semitic attitudes and barely half worldwide have heard of the Holocaust.

The US-based Anti-Defamation League, in a survey of 53,100 adults in 102 countries and territories, "found that anti-Semitic attitudes are persistent and pervasive around the world."

The ADL, which fights anti-Semitism, says that 26 percent of those surveyed -- equivalent to an estimated one billion adults around the world -- expressed anti-Semitic attitudes and opinions.


And it found two out of three people surveyed have either never heard of the Holocaust -- the World War II massacre of Jews led by Nazi Germany -- or do not believe historical accounts to be accurate.
Advertisement
"For the first time we have a real sense of how pervasive and persistent anti-Semitism is today around the world," said Abraham Foxman, ADL National Director.

"The data from the Global 100 Index enables us to look beyond anti-Semitic incidents and rhetoric and quantify the prevalence of anti-Semitic attitudes across the globe."

"We can now identify hotspots, as well as countries and regions of the world where hatred of Jews is essentially non-existent."

Those who responded affirmatively to six or more negative statements about Jews were considered to hold anti-Semitic attitudes.

Televised Christmas Carol in Romania Accused of Being Anti-Semitic
Romania is in the eye of yet another controversy after a televised choir of Christmas carol ......