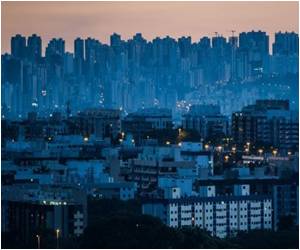 Brazil launched a new international tourism campaign a month away from hosting the World Cup, designed to reach more than a billion people, insisting expected anti-Cup protests will not spoil the show.

"We have a unique brand of hospitality" in a country which can afford tourists the "visit of a lifetime," said Tourism Minister Vinicius Lages, spearheading the campaign by state tourism body Embratur.

The campaign will use the World Cup and the 2016 Summer Olympics in Rio as springboards to long-term tourism growth in a continent-sized country which welcomed six million foreign visitors overall in 2013.

Although protests at the event's $11 billion price tag have marred Cup preparations, Embratur's promotional video launch portrays Brazil as "the land of happiness".
Advertisement
Lages and Embratur chairman Vicente Neto insisted any social protests against the cost of the Cup would not interfere with fans' enjoyment of the event, while dubbing demonstrating a civic right and the mark of a democratic society.

Lages told reporters that "sport is a key tool" to develop tourist infrastructure.

He said the country's "incredible mix of cultures" would win over not just foreign tourists but also provide "an opportunity for Brazilian people to get to know their own country."

Lages said this year's campaign would not necessarily change the volume of tourism but rather the visitor profile.

However, Brazilian travel agencies have expressed recent concern that visitor demand could be lower than first forecast amid high accommodation prices and airfares.

There is little alternative to air travel given the distances between most of the World Cup venues.

But emerging alternative forms of accommodation including bed and breakfasts in slum areas of Rio has led to some hotel discounting.

Football is More Than Just a Game in Brazil
Former footballers have recalled that even in the days of Pele, the 1964-1985 dictatorship in the .....

1950 World Cup Evokes Fond Memories in Brazil
Brazil has transformed itself on many levels to become the world's seventh-largest economy since it ...

Researchers Find New MRSA Superbug in Brazilian Patient
An international research team has identified a new superbug that caused a bloodstream infection in ...