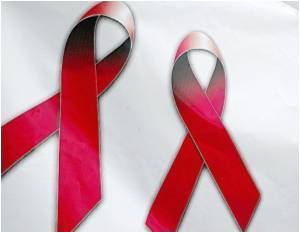 The Laws criminalizing gay sex have caused a surge in infection rates of HIV and AIDS in many countries in the Asia-Pacific region according to the United Nations Development Programme.

"Some 19 of 48 countries in the Asia Pacific region continue to criminalize male-to-male sex," UNDP said at the World AIDS Conference being held in Vienna this week.

Argentina's first gay marriage is scheduled for August 13th between a 61-year-old man and his 60-year-old partner, officials revealed.
Advertisement

"These laws often taken on the force of vigilantism, frequently leading to abuse and human rights violations. Correspondingly, HIV prevalence has reached alarming levels among men who have sex with men and transgender populations in many countries of the region," the statement said.


A new report, commissioned by UNDP and the Asia Pacific Coalition on Male Sexual Health (APCOM), found that by criminalizing gay men and transsexuals, people were being denied access to treatment and health services.

Argentina's President Cristina Kirchner signed into law a historic bill that legalizes same-sex marriage for the first time in Latin America.
Advertisement
"Repressive legal environments institutionalize discrimination, limit funding and in effect obstruct the participation of men who have sex with men and transgender people in protecting themselves and their families, friends and communities from HIV," said Jeff O'Malley, director of UNDP's HIV Practice.

And he called for the abolition of "punitive laws and discriminatory practices."

APCOM head Shivananda Khan said that unnecessary infection could be prevented by ensuring that "all citizens of a country, irrespective of their sexual orientation or gender identity can access health services."

The report's author, John Goodwin said that "comprehensive and rights-based HIV responses among men who have sex with men and transgender people can occur only when a conducive and enabling legal environment is created."

A Beijing court has stopped a Chinese man's attempts to sue a Red Cross centre in the capital after his blood donation was turned down because he was gay, state media reported Thursday.
Advertisement
Advertisement