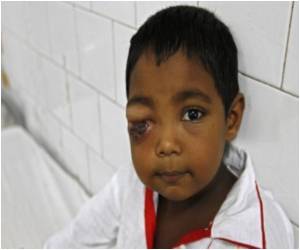 A team of scientists from Cardiff University bids to develop a vaccine against anthrax to help counteract the threat of bioterrorism.

Working with scientists from the Republic of Georgia, Turkey and the USA, Professor Les Baillie from Cardiff University's School of Pharmacy and Pharmaceutical Sciences is leading a NATO project to tackle the potential misuse of anthrax.

"Currently the majority of the world's population is susceptible to infection with Bacillus anthracis the bacterium which causes anthrax," according to Professor Baillie, who leads the multi-national research collaboration.


"The US postal attacks in 2001 highlighted the vulnerability of civilian populations and brought home the need to develop effective, rapid, robust medical countermeasures to combat the threat posed by terrorist use of this organism," he added.

Bioterrorism is a deadly warfare weapon that involves intentional release of harmful biological agents like virus, bacteria and toxins causing epidemics among living organisms thereby affecting normal human life.
Advertisement
It is the growing concern over the threat posed by bioterrorism that has prompted world authorities like NATO through its Science for Peace and Security Programme to support efforts to develop more effective vaccines and medical countermeasures.

Efforts have so far been hampered by the fact that cases of naturally acquired human infection are rare in NATO countries. As a consequence, researchers have been forced to employ animal models to develop new vaccines.

The problem with this approach is the immune responses of animals and humans differ and as a consequence human clinical trials represent an essential element in confirming the efficacy of any new vaccine.

Such trials require access to several thousand volunteers at risk of infection and as such would be almost impossible to perform in Western Europe or the US.

In contrast anthrax represents a significant disease of animals and humans in the Cacuses and Central Asia. For this reason researchers from the UK and US have joined with colleagues from Turkey and the former Soviet republic of Georgia to tackle the problem.

Professor Baillie added: "These unique resources, combined with the expertise of NATO researchers offers us an unparalleled opportunity."

The outputs of this study are expected to underpin the development of future vaccines capable of conferring broad-spectrum, robust protection following minimal dosing.

Such vaccines would impact on two levels, locally they would directly improve the life of workers at risk of contracting anthrax such as farmers, and globally they would contribute to the protection of citizens from the use of anthrax as an agent of bio-terrorism.

An additional benefit of this work will be the establishment of a research centre in Georgia which will support infectious disease research and ultimately improve the lives of all of the people in the region.

A government advisory panel has recommended that the federal government conduct a controversial study testing the effectiveness of anthrax vaccine in children
Advertisement
<< Resuming Warfarin After GI Bleeding Linked With Reduced Ris...
No Link Between Chronic Fatigue Syndrome and Viruses >>