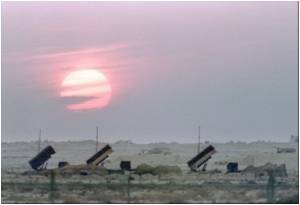 While prevalence and risk factors for atherosclerosis (narrowing of the arteries due to fatty deposits) have varied over time from ancient times to modern society (such as obesity, physical activity), genetic predisposition/risk for the condition appears to be very similar to that in ancient times.

This forms the subject of a paper in this month's edition of Global Heart (the journal of the World Heart Federation), written by Professor Albert Zink, Institute for Mummies and the Iceman, European Academy of Bolzano/Bozen (EURAC), Bolzano/Bozen, Italy, and colleagues.

Atherosclerosis, or the narrowing of arteries due to build up of fatty deposits, is thought to be a modern disease.
Advertisement

While modern imaging techniques have been used to identify atherosclerosis in the mummified remains of multiple cultures, evidence of genetic predisposition has been harder to obtain due to the degradation of the genetic material over time. However, in a previous whole-genome study of the Tyrolean Iceman, a 5,300-year-old glacier mummy from the Alps, an increased risk for coronary heart disease was detected. The Iceman's genome revealed several single nucleotide polymorphisms (SNPs) that have been linked with modern day cardiovascular disease in the many genome-wide association studies that have been published across the past decade.


The remains of the Iceman have undergone extensive analysis, however for the purposes of this paper the most intriguing finding was that the Iceman showed a strong genetic predisposition for increased risk for coronary heart disease (CHD). This is of particular interest as the computed tomography (CT) scans of the Iceman already had revealed major calcification in several major blood vessels, including the carotid arteries, distal aorta, and right iliac artery, which are strong signs of generalised atherosclerotic disease. The authors say that other traditional cardiac risk factors, such as being overweight, tobacco smoking, lack of physical activity, and a high fat diet, can generally be ruled out in a person from this era.

Role of Progerin in Atherosclerosis in Modern and Ancient Times

Possible causative factors of atherosclerosis other than those related to modern lifestyles has become the focus of attention of scientists.
Advertisement
In particular, the genetic sequencing data demonstrates that the Iceman had a very specific genetic mutation, namely that he was homozygous for the minor allele (GG) of rs10757274, located in chromosomal region 9p21. This SNP is currently regarded as being among the strongest genetic predictors of heart attacks and has been confirmed in several studies as a major risk locus for CHD.

Regarding the suggestion that our ancestors lived much purer and active lives, free from all risks of heart disease compared with modern day sedentary lifestyles, the authors say: "Wrong! Our ancestors going back thousands of years show signs of atherosclerosis, as suggested by modern research using CT to detect evidence of calcium deposits associated with atherosclerotic plaques in the arteries of mummies as old as 5,000 years. Even though our human ancestors lived far different lives than we do, their environments and lifestyles were not protecting them against the development of atherosclerosis."

They add: "What is similar between now and then is the human genetic material, our genome, including ancient polymorphisms that were uncovered to predispose the carrier to the development of atherosclerotic cardiovascular disease...however, our ancient ancestors were certainly susceptible to many other conditions, such as infectious diseases, nutritional deprivation, and trauma, which often resulted in death at an early age, before atherosclerotic heart disease had a clinical impact."

The authors say: "Until now, the Iceman is the only ancient human remain in which a genetic predisposition for cardiovascular disease has been detected...future genetic studies of ancient humans from various geographic origins and time periods have the potential to provide more insights into the presence and possible changes of genetic risk factors in our ancestors. The study of ancient humans and a better understanding of the interaction between environmental and genetic influences on the development of heart diseases may lead to a more effective prevention and treatment of the most common cause of death in the modern world."