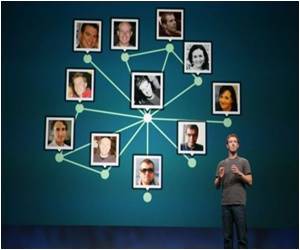 Microsoft has built a new website that will tell an individual how old does one look by analyzing the face through a picture.

Microsoft's machine-learning team has launched a website Howold.net on trial bases recently at the BUILD conference that will let a person upload a picture, and then will quickly analyze the individual, and spits out an estimated age, TechCrunch reported.

Anesthesia Web uses videos, games and cartoons to walk a child through what they will encounter during their stay at the hospital.
Advertisement

The new age guessing website requires an under 3MB well-lit photo to evaluate one's age right away with the help of their robot.


The software engineers explained that they initially hoped to get around 50 users on an average but within some hours tens of thousands of people have used this new feature that created difficulty for the engineers to keep the servers up.

It is a novel idea to come up with a website to register for organ transplant. Minister Rajendra Rathore launched the website www.rnos.org on Saturday.
Advertisement

Federal Government Website HealthCare.com can Handle Twice as Many Consumers Since Last Year

The federal government website was full of glitches and debacles when enrollment begun on 1st October 2013, the administration has put in a lot of work ironing out all the creases in HealthCare.com.
Advertisement