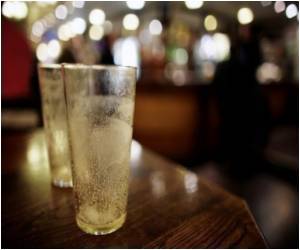 In a recent study it was found that light to moderate alcohol intake may decrease the risk of cognitive decline or dementia.

Estimates from various studies have suggested the prevalence of alcohol-related dementia to be about 10 percent of all cases of dementia.

Now researchers have found after analyzing 23 longitudinal studies of subjects aged 65 years and older that the impact of small amounts of alcohol was associated with lower incidence rates of overall dementia and Alzheimer dementia, but not of vascular dementia and cognitive decline.


A total of 3,327 patients were interviewed in their homes by trained investigators and reassessed one and a half years and three years later.

Among the total patients interviewed at baseline, 84.8 percent could be personally interviewed one and a half years later and 73.9 percent three years later.

Alcohol consumption for recreation and relaxation has become a universal culture. But do you think you know enough about this drink - Take this quiz and find out.
Advertisement
At baseline there were 3,202 persons without dementia. Alcohol consumption information was available for 3,180 subjects:

Within the follow-up period of three years: 217 cases of dementia were diagnosed, whereby 111 subjects suffered from Alzheimer dementia.

In line with a large-scale study also based on GP attendees aged 75 years and older, the study found that light-to-moderate alcohol consumption was associated with relatively good physical and mental health.

The study was published in Age and Ageing by Oxford University Press today.

Alcohol consumption continues to play an important role in many social and religious celebrations.However,serious risks are also associated with it!
Advertisement

Experts have warned that while Britain will have more than a million dementia patients within a decade, about 6 out 10 of them will remain undiagnosed.
Advertisement