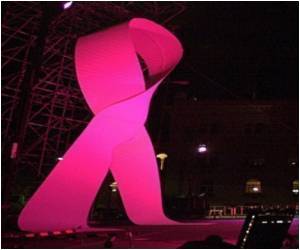 Exposure to air pollution early in life and when a woman gives birth to her first child may alter her DNA and may be associated with premenopausal breast cancer later in life, researchers at the University at Buffalo have shown.

The findings indicated that higher air pollution exposure at birth may alter DNA methylation, which may increase levels of E-cadherin, a protein important to the adhesion of cells, a function that plays an essential role in maintaining a stable cellular environment and assuring healthy tissues.

Methylation is a chemical process that has been implicated in determining which genes in a cell are active, a process essential to normal cellular function.


"To our knowledge, this is the first study to examine exposure to ambient air pollution at key points in a woman's lifetime," said lead investigator Katharine Dobson, an epidemiology doctoral student and research assistant in UB's Department of Social and Preventive Medicine.

Lifestyle choices may or may not cause breast cancer but healthy lifestyle changes can open up avenues beyond breast cancer. Good habits will allow one to fight breast cancer and to live with dignity.
Advertisement
"The investigation looked for an association between exposure to pollution and alterations to DNA that influence the presence or absence of key proteins. Such genetic changes are thought to be major contributors to cancer development and progression, including at very early stages," added Dobson.

The study has been presented at the 2011 American Association for Cancer Research meeting in Orlando, Fla.

Cancer is one of the frequently talked about and most feared disease that falls under the genre of lifestyle diseases that have evolved, rather rapidly, in the past two decades.
Advertisement
<< Magnets Could Help Patients Without Voice Box Speak Again!
Study Asks Are Insects the Answer to Global Malnutrition? >>