Adults With Gum Disease may be at Greater Ischemic Stroke Risk 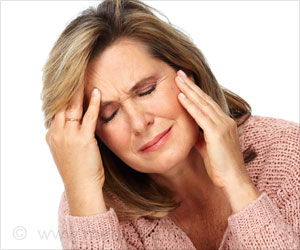 Stroke is the fifth leading cause of death in the United States. Adults with gum disease (periodontal disease) may be at greater ischemic stroke risk, according to research presented at the American Stroke Association's International Stroke Conference 2017.

Researchers assessed 6,711 adults, who had not had a stroke, for periodontal disease and categorized the adults according to whether they had mild, moderate or severe periodontal disease. They followed patients for 15 years for the incidence of stroke, also documenting the stroke subtype based on cause.

Periodontitis or pyorrhea is infection and inflammation of ligament tissues that surround and support the teeth. Periodontitis causes loss of alveolar bones leading to loosening and loss of teeth.
Advertisement
‘Increasing levels of periodontal disease and stroke risk was most pronounced in the cardioembolic and thrombotic stroke subtypes.’
Tweet it Now

A total of 299 ischemic strokes occurred during the 15 years, including 47% that were thrombotic stroke, from a clot within the brain's blood vessels; 26% that were cardioembolic, when a blood clot forms in the heart; and 20% that were lacunar strokes, which occurs when there is a blockage of small arteries that supply blood to the brain.

Use of Aspiration as Frontline Thrombectomy Therapy for Acute Ischemic Stroke

Penumbra's aspiration system provides an effective frontline thrombectomy approach for acute ischemic stroke.
Advertisement
The association between increasing levels of periodontal disease and stroke risk was most pronounced in the cardioembolic and thrombotic stroke subtypes.

Use of fluoxetine is a promising drug for treatment in patients suffering with ischemic stroke and moderate to severe motor deficit.
Advertisement

Gum recession or receding gums is a gum disease due to periodontitis. It causes loose teeth, bleeding gums ...