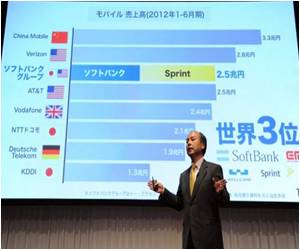 Learning in adults can happen in just the same way as kids, a recent research seems to suggest.

A new study suggests that as adults, we actually lose confidence in our ability to learn as we age and lack of time and self-esteem stand in the way of adults picking up new skills, Daily Mail reported.

Children are more open and unembarrassed while learning anything new.


As adults, it could be lacking the free time of childhood or getting hampered by our own perfectionism, or simply missing the self-esteem which could preventing us from becoming multilingual or mastering a musical instrument.
Advertisement
This week's edition of New Scientist reviews the evidence.

a study at the University of Minnesota in the US, adults trying to master foreign accents progressed rapidly when given recordings that mimicked the exaggerated baby talk of cooing mothers.

In another study, adults, including aged between 60 and 80, turned better at juggling than children aged between five and 10.

Many researchers believe that adults' busy lives get in the way of their education.

Ed Cooke, an Oxford University-educated scientist who has won many memory contests, said: "A child's sole occupation is learning to speak and move around." If an adult had that kind of time to spend on attentive learning, I'd be very disappointed if they didn't do a good job.'

New Scientist says that people would do better by quickly rotating through the different skills to be learnt, without lingering too long on each one.

It is thought that jumping from one thing to another makes the mind work harder and so helps retain knowledge in the long-term.

Adult learners may also benefit from stepping out of their comfort zone. Like someone learning scales on a musical instrument could occasionally switch hands.

Source: IANS
Advertisement
<< MRI-based Measurement Helps Predict Vascular Disease in the...
Monkey Teeth Enables an Idea of the Time When Neanderthal B... >>

Dyscalculia / Learning Disabilities
Dyscalculia is a learning disability involving mathematics. Recognized by The WHO, it affects ......

Mice Grafted With Human Brain Cells Show Improved Learning Ability
In a recent research, human brain cells were implanted inside baby mice and it was reported that ......