by Himabindu Venkatakrishnan on  December 3, 2014 at 4:59 PM Research News

A synthetic surface on which the adhesion of E. coli bacteria can be controlled has been created by a research team from Kiel University (CAU) and Goeth University Frankfurt.

The layer, which is only approximately four nanometres thick, imitates the saccharide coating (glycocalyx) of cells onto which the bacteria adhere such as during an infection. This docking process can be switched on and off using light. This means that the scientists have now made an important step towards understanding the relationship between sugar (carbohydrates) and bacterial infections. Their research results embellish the front page of the latest issue of the renowned journal Angewandte Chemie (Applied Chemistry).


The bond between either cells and other cells or cells and surfaces is vital to organisms, for example in the development of internal organs and tissue. However, these mechanisms are also involved in illness and infections. The E. coli bacteria used in the experiment can cause urinary tract infections, meningitis, sepsis and other severe illnesses. In order to understand and treat these illnesses, researchers need to decipher the molecular processes which allow the bacteria cells to dock onto the healthy host cells.


This often happens by way of proteins, which interact with carbohydrate structures on the surface of the host cell by means of a complex fit principle (simplified: lock-and-key principle). The Kiel/Frankfurt study demonstrates for the first time that the spatial orientation of the carbohydrate structures is crucial to this process. However, in natural glycocalyx, a mere nanometre thick polysaccharide layer covering all cells, the relationships are still too complex to uncover how proteins and carbohydrates identify each other.

In Collaborative Research Center (SFB) 677 'Function by Switching', Professor Thisbe K. Lindhorst, chemist at Kiel University, and her team construct molecules which, when irradiated by light at different wavelengths, operate as biological switches. Together with the working group around the surfaces specialist Professor Andreas Terfort (Frankfurt University), the Lindhorst group has now produced a system with which the orientation of the saccharide docking points, and thus the bonding of E. coli bacteria, can be controlled. To do this, the scientists covered an extremely thin gold surface with a precisely defined saccharide covering, coupled to azobenzene. This is a hydrocarbon containing a nitrogen bridge and operating as a hinge controlled by light. The bonding properties of the saccharide coating can now be switched using this method: if the researchers irradiate their system with light with a wavelength of 365 nanometres, considerably fewer pathogenic bacteria cells can adhere to the synthetic surface. The saccharide molecules turn away from the bacteria, in a sense, and can no longer be recognised. When switched on by 450 nanometre wavelength light waves, on the other hand, the structures reorientate such that the bacteria cells can dock on once again. In this way, E. coli adhesion can be controlled.

'By employing a layer system on a solid surface, in combination with a photo-hinge, the complex dynamics of a real glycocalyx can be reduced to the principal processes and thus be better understood', explains Terfort. 'It should be possible to transfer this novel approach to other biological boundary layer systems.'

'Based on our model system, glycocalyx recognition and bonding effects can be precisely defined and investigated from a completely new angle', says Lindhorst. 'If we can learn how to influence glycocalyx in the context of the relationship between health and healing, it will lead to a revolution in medicinal chemistry.' 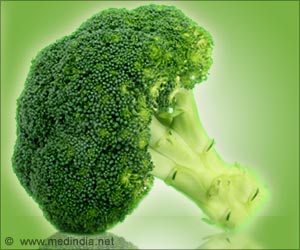 Anti-ageing Foods
The answer to lasting youth lies in the food that we consume in our daily diet. Let's take a look at some of the foods that slows ageing.
READ MORE