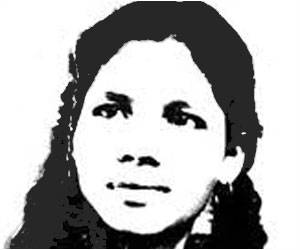 As the nation waits with bated breath about the fate of the mercy killing petition filed on behalf of 60 year old nurse Aruna Shanbaug, the Supreme Court rejected the plea stating that "medical evidence and facts of the case" do not support euthanasia.

Justice Markandey Katju and Justice Gyan Sudha Misra rejected the petition stating that active euthanasia is not permissible by law and "there is no provision under the statute or the constitution" to support it.

Euthanasia Legal for the Terminally Ill In S.Korea Now

Aruna Shanbaugh is bedridden in a comatose state for 37 years, after a brutal sexual assault by a hospital sweeper on November 27th, 1973, at the Mumbai's King Edward Memorial Hospital.


Petitioning Aruna's cause is her friend and social activist, Pinki Virani, who has also written a book on her. In her plea to the court, Pinki Virani said that Aruna, who is lying in a highly vegetative state for more than three decades, should not suffer anymore and must be given the dignity due to her.

In a landmark case, the German Federal Court of Justice overturned the conviction of a lawyer who advised the family of a comatose elderly woman to cut off her feeding tube.
Advertisement
The court said that only passive euthanasia, which involves withdrawal of life support systems, could be permissible provided the high court approves it. The opinion of close relatives of the patient, the government, doctors and staff of KEM Mumbai will have to be sought before the court can permit passive euthanasia.

The Western Australian parliament on Thursday rejected a bill providing for voluntary euthanasia.
Advertisement
<< Men More Likely to Suffer From Sleeplessness Due to Partner...
Chilli Extract may be Key to Fighting Obesity >>

Test Your Knowledge About Chromosomes?
View all
News Archive
News Resource
Advertisement
News Category
Milestone In Voluntary Blood Donation Achieved Samsung Reinvents Toilet for the Poor Which is a Better Form of Exercise: Daily or Weekly? First Phase of Foot-and-Mouth Disease Vaccination Shocking News: Polio Cases Return After a Decade in the US
More News
Sign up for Wellness Consult a Doctor Sign up for Selfcare