Abuse of Prescription Medications on the Rise in U.S.

Prescription drugs, particularly painkillers are abused by more and more US youth according to the government's annual report on substance abuse released on Thursday.

The report from the U.S. Substance Abuse and Mental Health Services Administration state that 9.2 percent of Americans of ages 12 and above either resorted to drug or alcohol addiction in the year 2006, which is a slight increase from the 2005 report.


"The abuse of prescription drugs for non-medical reasons is of increasing concern," agency chief Terry Cline said in a statement.

"These are potent drugs that can have serious and life-threatening consequences if misused. Parents in particular need to be aware of this problem and take steps to prevent these medications from falling into the wrong hands," Cline added.

Another 15.6 million were dependent on or abused alcohol but not illicit drugs, the agency added. The report showed that fewer adolescents ages 12 to 17 said they had used illicit drugs in the prior month -- the rate dropped from 11.6 percent in 2002 to 9.9 percent in 2005 and 9.8 percent in 2006.

Current marijuana use among those ages 12 to 17 dropped from 8.2 percent in 2002 to 6.7 percent in 2006, with the decline seen particularly among boys, according to the report.

The agency also found that the level of under-age drinking among those ages 12 to 20 remained unchanged since 2002, at 28.3 percent in 2006. The legal age for drinking alcohol in the United States is generally 21.

The findings were based on responses given by about 67,500 people to a government survey. 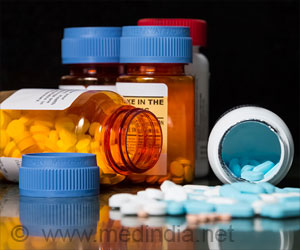