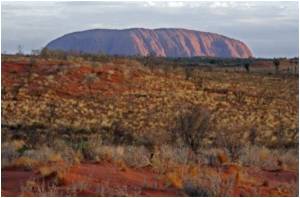 The Yindjibarndi Corporation, a Western Australian Aboriginal group, has gone to the State Administrative Tribunal in an attempt to stop a mining project of the Fortescue Metals Group.

The Corporation charges that the FMG's Solomon Hub expansion project will disturb many a sacred site in Pibara.

It told the court that FMG and the Indigenous Affairs Minister Peter Collier have already negotiated an agreement that would allow mining to disturb eight sites.


However the Corporation believes there are hundreds of other sites which might be damaged if mining goes ahead.

It wants mining stopped until a proper archaeological survey is done of the area.
Advertisement
The case has been adjourned until a full hearing next month.

In June last year the Minister gave FMG consent to commence mining in Yindjibarndi country at the Solomon Project, but attached several fundamental conditions, recommended to him by the Aboriginal Cultural Materials Committee (ACMC). The conditions, it was then hoped, would safeguard precious heritage.

For as long as those conditions remained, FMG could not commence mining activity on the land without first carrying out cultural heritage surveys.

But FMG did not want to comply with these conditions and so applied to the State Administrative Tribunal (SAT) seeking an order to have some conditions amended and others deleted.

But On 13 December 2011, Minister Collier complied with FMG's request to delete three crucial conditions that obliged FMG to:

 "provide the Registrar with information on the location and archaeological and ethnographic assessments of all rockshelters and caves located on the Land."

YAC Chief Executive Officer Michael Woodley said last week that the minister's decision made it a ``Christmas from hell'' for the Yindjibarndi who stood to lose heritage sites up to 35,000 years old.

``It is a weak and morally wrong decision from Mr Collier,'' Woodley said.

``The minister had a choice to ensure Yindjibarndi people could properly record their sites before FMG wipes them off the face of the earth ... or kick us in the guts and cheer on FMG's destruction of our culture places.''
Mr Collier took the second option, Mr Woodley said.

However, FMG contended that Mr Collier had given his consent entirely under the terms of the Aboriginal Heritage Act.

The company has been working with a splinter group of the Yindjibarndi in a bid to forge a land-use agreement.

It has also charged that Mr Woodley was ``motivated by financial outcomes rather than a desire to protect Aboriginal heritage sites''.

FMG also claimed it had spent millions of dollars protecting rock art and other sites.

He said the case demonstrated the lack of assistance offered to indigenous communities, where the majority of the population would not be educated as to the socio-economic impact on its people.

"I believe we are failing indigenous Australians," he said.

"What is a multi-billionaire company doing negotiating directly with these people? We're talking about people who are in general, poor and marginalised and often neglected by the state.

"They're being offered these employment opportunities and income by a corporate giant and they are not in a position, in my view, to make a fully-informed decision.

"They need expert advice and they should not be in positions of direct negotiations."