A Story of Pain, Hope and Survival of Mutilated Afghan Girl, Aesha Mohammadzai 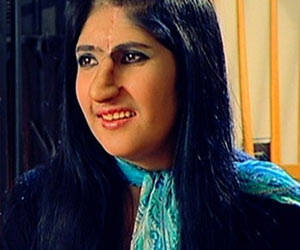 Aesha Mohammadzai is a fighter and survivor with a story that can bring tears to anybody's eyes.

Those who saw her on the cover of the International Time magazine and got to read her story will recall her sordid saga of escape from absolute torture in the name of marriage.

She stands as a symbol for many things- for extreme female oppression under the hands of men in Afghanistan and world over, physical abuse of the highest form and of indomitable courage and strength to survive the odds.


She was married off at a tender age of 12 to a Taliban fighter by her father to score off a debt. Her husband had put her through torture and harassed her physically and mentally. She had to sleep in an animal shed.
Advertisement
Three years back, her attempt to run away from a marriage of abuse turned unfortunate after her husband captured her and cut off her nose and ears as punishment. She was left on the mountain to bleed to death.

Never the one to give up, she crawled to her maternal home. Her father managed to secretly send her to a medical facility in America where she underwent reconstructive surgery. The New York Charity Women for Afghan Women took up her case, supported her and funded her education.

She is happy with the way she looks and wants to spread her story to tell women all the over the world to never give up hope. "I want to tell all women who are suffering abuse to be strong. Never give up and don't lose hope," she said.