A Pup Which Resembles Adolf Hitler Found In UK 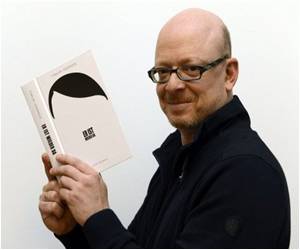 Everyone knows Adolf Hitler, but it isn't everyday that you see someone, or in this case a pup share a striking resemblance to the former dictator. Accidentally, a pup that resembles Hitler was found in the UK.

Patch the dog, who is now being called 'Adolf' or 'Hitler' thanks to the similarity, has a spot of dark brown hair over his left ear and one dark patch on his upper lip, York Press reported.

The pup's owner, Lynda Whitehead, said that the likeness was pointed out by her eldest daughter when they put up his photo on Facebook.


However, the tiny puppy, a cross between French bulldog and a shih tzu, is a gentle and a lovely little thing despite the likeness to the Nazi leader, Lynda said.

Adolf Hitler Returns to Berlin in Comic Novel
There have always been rumors that Adolf Hitler did not commit suicide on the brink of the end of .....