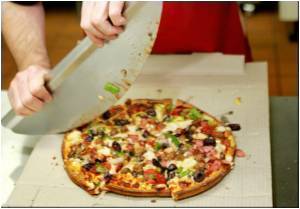 A delectable analysis of pizzas was done by the consumer watchdog, Which? in its new report, 'Pizzas Exposed.'

It analyzed 162 tomato and pepperoni pizzas sold in UK supermarkets and takeaways during December last year and came up with some unexpected results.

Thin pizzas which are often thought to be a good choice for the weight-conscious actually were often higher in fat and saturates. In comparison, surprisingly, deep pan and stuffed crust pizzas could be healthier choices to make.Some pizza brands had three times more fat and salt than others with the same toppings.


Which? States, "Our research highlights the breadth of companies that make pizzas - and so actions need to apply across the board if they are going to help our everyday choices. The range of fat, saturated fat and salt levels also highlights the fact that more manufacturers could reduce levels of these nutrients."

Our lifestyles and eating habits can lead to acid build up and push the body to an unhealthy state. Understanding alkaline body state is important for our long term health.
Advertisement
Peter Vicary-Smith, chief executive, also recommends clear, front of pack labelling, including traffic-light colours, and consistent portion sizes so that people can easily compare the products. It proved to be a culinary experience for the Consumer Reports' sensory panellists as they tasted more than 800 slices of pizzas. And the simple yardstick they come up with for consumers is this: A great-tasting pizza should have a crust that tastes fresh-baked, flavorful cheese, and sauce with fresh-tasting spices.

Source: Medindia
Advertisement
<< Fears Learnt, Not a Part of Us
Cancer Screening Kits Encouraged in UK >>