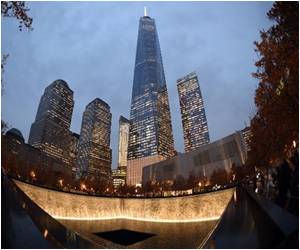 The 9/11 attacks on the World Trade Center in New York City in 2001 have left a legacy of chronic ill health among emergency medical services workers, who came to the rescue of the victims, claims a new study. Those who arrived in the immediate aftermath of the attacks are more prone to physical and mental ailments, the findings showed.

"Compared with the workers who did not attend the aftermath of the World Trade Center attacks, those who arrived earliest on the scene were at greatest risk for nearly all the health conditions analyzed," the study observed.


The health of 2,281 New York City Fire Department emergency medical services workers deployed to the scene of the World Trade Center attacks was tracked over a period of 12 years, from the date of the attack on September 11, 2001, to the end of December 2013.

"And the more intense the experience was at the time, the greater was the risk of a diagnosis of acid reflux, obstructive airways disease, or rhinosinusitis and of testing positive for PTSD, depression and harmful drinking," the researchers noted.

"The degree of ill health among workers attending the scene was generally lower than that of a demographically similar group of New York City firefighters, probably because of the differences in tasks performed at the World Trade Center site," the authors said.

The findings were published online in Occupational & Environmental Medicine.

Promise for Reducing Deaths from Chronic Illnesses Showed By A Nursing Program
According to a study a community-based nursing program delivered in collaboration with existing health care services is more effective in reducing the number of older people dying.
READ MORE

Adherence to Treatment Low Among Teens With Chronic Illnesses
A new review says that teenagers with chronic illnesses face special barriers that may interfere with how well they adhere to their medical treatment.
READ MORE