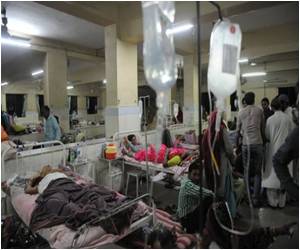 The Indian parliament was told on Tuesday that a total of 436 deaths were recorded during clinical trials in India in 2012.

While 438 deaths took place during clinical trials in 2011, 668 people died during 2010, Health Minister Ghulam Nabi Azad said told the Rajya Sabha in reply to a question.

Out of the 436 deaths in 2012, 16 were caused due to the clinical trials, he said. Rest of the deaths might have been disease-related in the cases of terminally ill patients suffering from cancer, cardio-vascular diseases and AIDS or due to side effects of drugs administered during the trial.


Azad said compensation is paid in cases of deaths and injury which are attributable to clinical trials.

The Drugs and Cosmetics Rules, 1945 have been amended specifying the procedures to analyse the reports of serious adverse events occurring during clinical trials and procedures for payment of compensation in case of trial related injury or death as per prescribed timelines, he added.

Clinical Trials
Clinical trials are experiments that yield useful information to clinicians if a particular ......

The Missing Case of Legislation for Stem Cell Therapies
How many of us are aware of the shameful truth that clinical trials are being held in India in the ....

Clinical Trials in India - Boon or Bane?
Do the recent controversies associated with clinical trials imply that we are being regarded as ......