350 Indians Evacuated from Yemen by an Indian Air Force plane 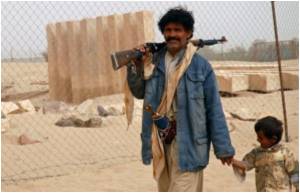 The 350 Indian nationals evacuated from strife-torn Yemen have reached Djibouti and will be brought back to India by an Indian Air Force plane, External Affairs Minister Sushma Swaraj has said.


External affairs ministry spokesperson Syed Akbaruddin said that of the 350 Indian nationals evacuated, 206 were from Kerala, 40 from Tamil Nadu, 31 from Maharashtra, 23 from West Bengal, 22 from Delhi, 15 from Karnataka and 13 from Andhra Pradesh and Telangana. The stranded Indian nationals were taken to INS Sumitra and it set sail for Djibouti on late Tuesday night from Aden.


Under an operation named "Op Raahat", two warships  destroyer INS Mumbai and stealth frigate INS Tarkash  are also on their way to Djibouti, a country located on the Horn of Africa in the Gulf of Aden.

Fighting has been going on in Yemen since January 22, when the legitimate government under President Abd-Rabbu Mansour Hadi was ousted by Shiite Houthi forces.

This has provoked the recent military campaign by a coalition of 10 countries lead by Saudi Arabia.

Popularity of Sheghar, or Swap Marriage, in Yemen Often Leads to Disastrous Consequences
The widespread popularity of Sheghar in which one person agrees to marry the sister or relative of another provided he reciprocates the gesture is being seen as a disastrous arrangement
READ MORE

Rice Aid To Yemen Will Be Provided By India
With the first consignment scheduled to disembark at the Port of Hodaidah on Friday, India will be extending humanitarian food assistance comprising of rice to Yemen.
READ MORE 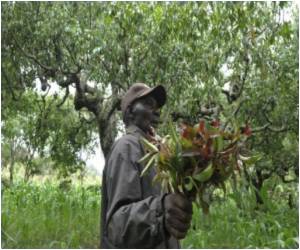 Spotlight On Khat Chewing In Yemeni Culture: BUSM Student-Published Study
BUSM researchers conducted a new study showing most medical students in Yemen deem chewing the plant khat is harmful to health but they would not counsel their patients to quit.
READ MORE 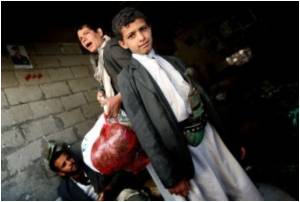 As Goals Are Scored, Yemen's Euphoria Drug Shoots Up in Popularity and Price
The euphoria-inducing drug qat, which is a national passion in Yemen, shot up in price on the first day of football's World Cup, the defence ministry said on its website on Saturday.
READ MORE