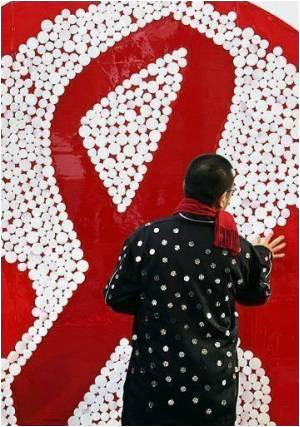 A very high percentage of the population in Mozambique - almost 12 percent - is infected with HIV/AIDS, disclosed a government report on Monday.

"Anything above 5 percent means the country is in a tragic situation. A prevalence rate of 11.5 percent is already twice as much," Health Minister Paulo Ivo Garrido said in the capital Maputo.

The six million dollar (4.7 million euro) study conducted by the health ministry and the national statistics department was the country's first comprehensive report on the prevalence of the virus.

"The situation in Mozambique is extremely serious," Garrido.

Over two-thirds of people living with HIV worldwide are in sub-Saharan Africa, where UN AIDS estimates the adult prevalence rate at 5.2 percent.

The study found that women were the hardest hit by the virus, with 13.1 percent affected, compared with 9.2 percent of men aged 15 to 49 years.

Prevalence was higher in the southern provinces of Maputo and Gaza, the main travel routes to neighbouring South Africa.

"The Mozambican government considers AIDS the first threat to the country. We will continue to battle it to reduce prevalence," said Garrido.

South Africa has the world's highest number of HIV infections, with an estimated 5.7 of the 48 million population living with the virus, according to the UN AIDS agency.

The U.S. plans to launch a program to train health care workers in Mozambique in an effort to strengthen the country's health system and fight HIV/AIDS and malaria
X