Thousands Protest Against Racism in Italy

Thousands of people demonstrated against racism near Rome's coliseum on Saturday in the wake of a series of violent assaults on immigrants in Italy.
Advertisement 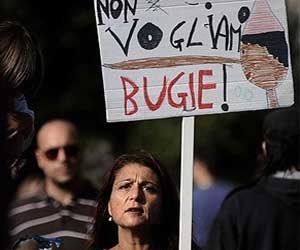 Protesters demonstrate against Berlusconi attitude with the media on October 3 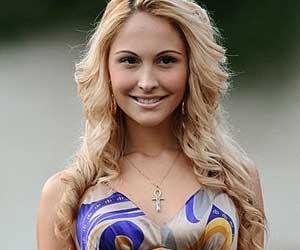 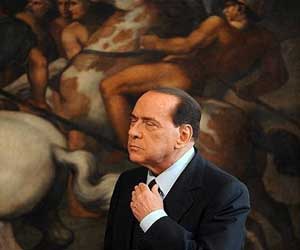 The remark, made in a telephone call to the show where Bindy, 58, was a guest, was perceived as an insult aimed at contrasting her with a bevy of right-wing ministers and deputies who entered politics after careers as television showgirls.


"This man offends us, stop him," reads the petition for "women's dignity" that drew more than 98,000 signatures, according to La Repubblica.

Many women sent in messages, such as "woman offended by a disappointing leader," "we are not at your disposal," and "this insult comes from a man who is more honest than intelligent."

Atheists in predominantly Catholic Italy said Monday they plan to begin a bus advertising campaign denying the existence of God following similar advertisements in Spain and Britain.
Advertisement
Former left-wing cabinet minister Giovanna Melandri said of the billionaire prime minister, reputedly self-conscious about his below-average height, that he is "taller than he is polite."

"By constantly putting the accent on the age of a woman, on her physical looks and not on her human qualities, there's a danger of going back to the time before feminism," said signatory Lidia Ravera, a prominent writer.

Two lawmakers early this year filed a complaint with the European Court of Human Rights, which guarantees a right to a private life and to be free from discrimination to all European citizens.

A documentary that premiered at this year's Venice film festival, "Videocracy," accused the media mogul of using his television networks as a political tool turning women into sex objects.

Game shows and variety shows featuring scantily clad women, now seen by many as a ticket to wealth, fame or power, dominate the channels operated by the Berlusconi family's Mediaset group.

"You can have a career without knowing how to do anything," said director Erik Gandini, pointing to the most prominent example of the Minister for Equal Opportunities, Mara Carfagna, a former showgirl from one of Berlusconi's TV networks.

Berlusconi, 73, has been beset by sex scandals for months, including his relationship with an 18-year-old aspiring model and allegedly entertaining call girls at his parties.

The media mogul, a renowned playboy, has said he has never paid for sex, while admitting that he is "no saint."

The media tycoon's estranged wife Veronica Lario has filed for divorce saying she could not stay with a man who "frequents minors".

Last month he said he believed Italians viewed him as a reflection of themselves. "I am interested in the things that interest them, I love football, I smile, I love others and above all else beautiful women," he said.

The scandals prompted the US weekly magazine Newsweek last week to urge Italy to "dump Berlusconi," dubbing him "playboy in chief."

The flamboyant premier has sought to shrug off the scandals, routinely appearing ebullient on public occasions.

Asked last month whether he should resign, he declared he was "by far the best prime minister in 150 years of Italian history."

Prostitutes to Dress Like Nuns After Italy Bans Skimpy Clothing!

Prostitutes in Italy are planning to dress as nuns after being banned from wearing skimpy clothing while they tout for business in broad daylight.
Advertisement
<< Omega-3 Offers No Benefit for Depressed Heart Patients
Cancer Survivors Don't Get the Help They Need to Quit Smoki... >>