10 Million Tourists To Be Received By Tibet This Year 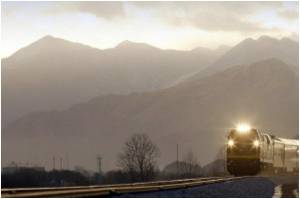 A local tourism official has said that Southwest China's Tibet Autonomous Region is expected to receive a record 10 million-plus tourists this year.


Yu attributed the boom to tour activities organized this year. Such activities have run under the themes of Tibetan culture and scenic beauty, such as mountains, snowy landscapes and sunshine.

Get a LASIK done for laser- sharp eyes. If traveling abroad for treatment Consult Us First for affordable options.
Advertisement
Large-scale advertising and various festivals, such as Tibetan New Year, have also helped attract tourists, he said.

Nearly 300,000 people in the region are employed in the tourism sector with fixed assets exceeding 25 billion yuan, according to government figures.

The number of tourists traveling to Tibet has been growing by an average of 30 percent annually in the past five years. Last year, more than 8.69 million people visited Tibet, bringing in tourism revenue of 9.7 billion yuan. Authorities aim to see 15 million tourists annually by 2015.

Medical Tourism has become a serious enterprise in India over the last two years. However some hospitals have been practicing it for quite a few years.
Advertisement
<< Gallaudet University, Offers Programs Specifically for the ...
Cost of Solar Energy Could Be Reduced by 75pc Thanks To New... >>

Accident and Trauma Care Noscaphene (Noscapine) Loram (2 mg) (Lorazepam) Hearing Loss Calculator Post-Nasal Drip Vent Forte (Theophylline) Iron Intake Calculator Drug Side Effects Calculator The Essence of Yoga Blood Donation - Recipients
This site uses cookies to deliver our services. By using our site, you acknowledge that you have read and understand our Cookie Policy, Privacy Policy, and our Terms of Use