Top 10 Foods to Avoid to Keep Acid Reflux Symptoms at Bay are the following:

Tomatoes contain anti-cancer compound lycopene. However, due to the high acid content of tomatoes they can trigger acid reflux in individuals who are prone to it. It is best to avoid tomato and tomato based products including ketchups, sauces, tomato soup for people with acid reflux.

3. Onion, Garlic and Other Spices

Spicy foods aggravate the symptoms of acid reflux in many people. Sometimes chilli or pepper present in the food could be responsible for the burning sensation and pain in the stomach. Certain cuisines including Indian, Malay, Thai and Mexican food are spicy in nature, hence can easily trigger acid reflux. People with heartburn should avoid spicy foods and go for mild non-spicy foods.

Carbonated beverages or soda contains high amount of acid which can stimulate acid reflux. They also contain caffeine and other stimulants which are also responsible for acid reflux. After drinking carbonated soda, the gas is released into the stomach which opens up the esophageal sphincter and thus back-flow of acid occurs into the esophagus and throat.

Certain alcoholic beverages including beer and wine contain have less acid content, but they can relax the esophageal sphincter which allows the back-flow of stomach acid resulting in heartburn. Sometimes alcoholic drinks are mixed with acidic mixers such as orange or grapefruit juice which can trigger acid reflux. People who are already suffering from heartburn had best avoid alcohol or alcoholic beverages.

Normally, peppermint is taken to be a stomach soothing agent and often offered after a rich meal. However, peppermint triggers heartburn by relaxing the sphincter muscle present between the stomach and esophagus. Any mint-based products including chewing gums and candies can also trigger heartburn and therefore it is better to avoid them.

Fried foods taste delicious, but they are capable of causing significant trouble in the human digestive system. Fried and greasy foods are difficult to digest because they contain high fat which can slow down the digestive process and leave traces of excess acids which result in heartburn.

If you have a sweet tooth and also suffer from heartburn, then you might be in for some bad news! Chocolate has been identified as one of the foods which triggers heartburn. It has been found that chocolate can worsen the symptoms of acid reflux. Chocolates contain theobromine which relaxes the esophagus sphincter and triggers acid reflux.

Besides the above foods there are some other foods which can also trigger acid reflux. Dairy products including milk and cheese are responsible for acid reflux. Most dairy products contain high fat which slow down the digestion process and remain on the stomach wall leading to more acid production which flows back into the esophagus. Baked goodies such as brownies and cookies can also trigger acid reflux by creating an acidic environment in the stomach.

Apart from avoiding the abovementioned foods, following certain tips can help to reduce the frequency of heartburn:

Heartburn is common enough, however at times it can be associated with serious health problems. Severe, chronic heartburn as well as GERD may result in inflammation followed by narrowing of the esophagus, respiratory problems, chronic cough and Barrett's esophagus. Further, these problems may result in esophageal cancer. Seek immediate medical attention after experiencing the following events:

What is Acid Reflux?

Acid reflux is commonly termed as heartburn. It is characterized as a burning sensation which spreads from the chest and comes up to the throat area, often leaving a sour or bitter taste in the mouth. It occurs due to the back-flow of stomach acid into the esophagus.

Once the food or liquid enters the stomach, there is a band of muscle present at the end of the esophagus which closes off the esophagus. The band is known as lower esophagus sphincter (LES). Improper closing of the band can result in the back-flow of food or stomach acid into the esophagus. Hence, the stomach content can irritate the esophagus leading to heartburn and other symptoms.

Acid reflux occurs due to the back-flow of stomach acid into the esophagus. Citrus fruits, caffeinated beverages, fried & spicy foods, alcohol, can cause acid reflux.

What are the Symptoms of Heartburn?

The common symptoms of heartburn include:

When acid reflux takes place more than twice a week, it is referred as gastroesophageal reflux disease or GERD. Many people suffer from heartburn which is triggered by various factors such as eating habits, lifestyle, and medical reasons. Acid reflux can cause damage to the lining of the esophagus, so it is essential to treat the heartburn. Certain lifestyle modifications often help to improve the symptoms of acid reflux. 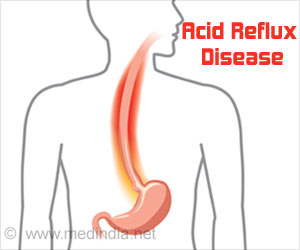 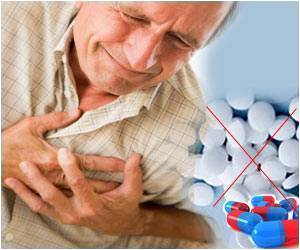 Big No to Combining Blood Thinners With Acid Reflux Tablets After a Heart Attack
Combo of heartburn drugs and Blood thinners after a heart attack could be lethal as per a recent study.
READ MORE
Sign up for Wellness Consult a Doctor Sign up for Selfcare