Only alpha- (or α-) tocopherol has the highest biological activity and has been found to meet human requirements.

The function of antioxidants is to protect tissues from the harmful effects of free radical induced injury.

In addition to its role as an antioxidant, Vitamin E is postulated to play a role in immune function, cognitive function, and other metabolic activities.

Interestingly, pregnant women do not require additional supplements of Vitamin E. However, the daily requirement of Vitamin E is increased during lactation.

The intake value of vitamins are arrived at by observing or experimentally determining the amounts of nutrient intake by a group of healthy people, which are assumed to be adequate. Adequate intakeis used when a recommended daily amount cannot be determined.

The RDA of Vitamin E for infants from birth to 12 months is based on such a determination.

The Food and National Board (FNB) of United States of America has set the Tolerable Upper Intake level of Vitamin E as 1,000 mg/day.

Dietary supplements of vitamin E typically contain only alpha-tocopherol, although "mixed" preparations containing other tocopherols and even tocotrienols are available. They may be sold in the form of capsules or pills.

People need approximately 50% more IU of synthetic alpha tocopherol from dietary supplements and fortified foods to obtain the same amount of the nutrient obtained from the natural form.

Most multi-vitamin and mineral supplements are taken once daily provide about 30 IU of vitamin E.

Clinically overt vitamin E deficiency is rare and deficiency symptoms have not been found in healthy people who obtain adequate vitamin E from their diets.

Vitamin E retards the process of atherosclerosis. It does this by preventing the oxidation of low-density lipoprotein (LDL), an important step in the formation of atheroma. In addition, it prevents the proliferation of smooth muscle cells and macrophages as well as inhibiting platelet aggregation to endothelium, all of which are essential to the progression of an atheroma.

Due to these overall action, the complications of atherosclerosis such as coronary artery disease, stroke, and related deaths are minimized.

It is generally accepted that free radical tissue injury is one of the factors that can contribute to cancer by oxidative damage to the cell.

The role of Vitamin E in preventing breast, colon, prostate and several cancers has been studied.

A study published in the Internal Journal of Food Science and Nutrition, 2016 has shown that higher dietary intake of Vitamin E reduced the risk of pancreatic cancer.

Another study published in Cancer Prevention Research, 2012 has suggested that vitamin E, as ingested in the diet or in supplements that are rich in γ- and δ-tocopherols, is cancer preventive; whereas supplementation with high doses of á-tocopherol is not.

A study published in the Journal of American Medical Association (JAMA), 2011 has shown that taking vitamin E supplements for several years increased the risk of developing prostate cancer in healthy men.

Age-related Macular Degeneration (AMD), loss of central vision in older people, and cataracts are some of the most common causes of vision loss in older people.

The Age-related eye disease study AREDS 2 with modifications to the AREDS 1, was conducted by the National Eye Institute (NEI) and the results were published in May 2013. It suggested that a supplement containing large doses of vitamin E combined with other antioxidants, zinc, and copper slows down the rate of vision loss.

It has been postulated that oxidative damage to the neurons promotes cognitive decline.

Therefore the role of Vitamin E in slowing down this decline and its role in neurodegenerative diseases such as Alzheimers has been studied extensively.

A study published in JAMA 2014, suggests that alpha tocopherol is useful in mild to moderate Alzheimers by slowing down functional decline and decreasing caregiver burden.

A study published in Evidence Based Medicine, 2014has concluded that the value of Vitamin E in Alzheimers remains unsettled due to lack of evidence such as improved cognition and other outcomes based on randomized controlled trials (RCT).

5. Role of Vitamin E in Diabetes

Persons with Diabetes have a low level of antioxidants and are believed to be at risk for development of complications such as retinopathy and nephropathy.

Studies conducted by Baburao Jain et al and published in the Journal of Clinical Diagnostic Research, 2012 have shown that Vitamin E supplementation delays the onset of the diabetic complications as well as retards progression of the complications.

A study published in African Journals Online, 2014 titled The Effect of Vitamin E on Ameliorating Primary Dysmenorrhea: A Systematic Review and Meta‑analysis has found that vitamin E may help relieve menstrual pain (dysmenorrhea) and related symptoms.

Taking daily Vitamin E only dietary supplements may be harmful, since they contain far more amounts of Vitamin E than the recommended daily allowance. It has been found that this could increase the risk of bleeding and stroke.

In one study, for example, men who took 400 IU of vitamin E each day for several years had an increased risk of prostate cancer.

Vitamin E and Interaction with Drugs

If being treated with any of the following medications, you need to consult your doctor before taking Vitamin E supplements. 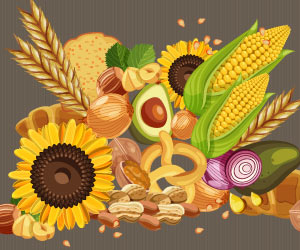 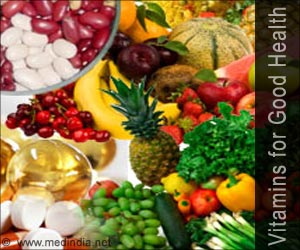 Quiz on Vitamins for Good Health
"Health is the greatest gift, contentment the greatest wealth, faithfulness the best relationship." - Buddha Do vitamin supplements ensure good health? Take this quiz and find out how much you know about these 'magic ...
READ MORE 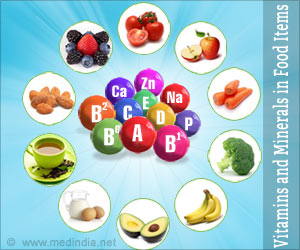 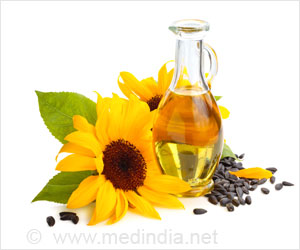 Top 10 Health Benefits of Sunflower Oil
Sunflower oil is non-volatile with an excellent nutritive profile. It is effective in reducing cholesterol, boosting energy, treating asthma and skin aging.
READ MORE
Sign up for Wellness Consult a Doctor Sign up for Selfcare Sign up for Covid