Brainstem Evoked Response Audiometry (BERA) is an objective test to understand the transmission of electrical waves from the VIIIth cranial nerve to the brainstem, in response to click sounds given through the ear.(1✔ ✔Trusted Source
BAER - Brainstem Auditory Evoked Response

Brainstem Evoked Response was first described by Jewett and Williston in 1971. The test procedure and the interpretation of the results are typically done by an audiologist.(3✔ ✔Trusted Source
Auditory Brainstem Response Wave Amplitude Characteristics as a Diagnostic Tool in Children with Speech Delay with Unknown Causes 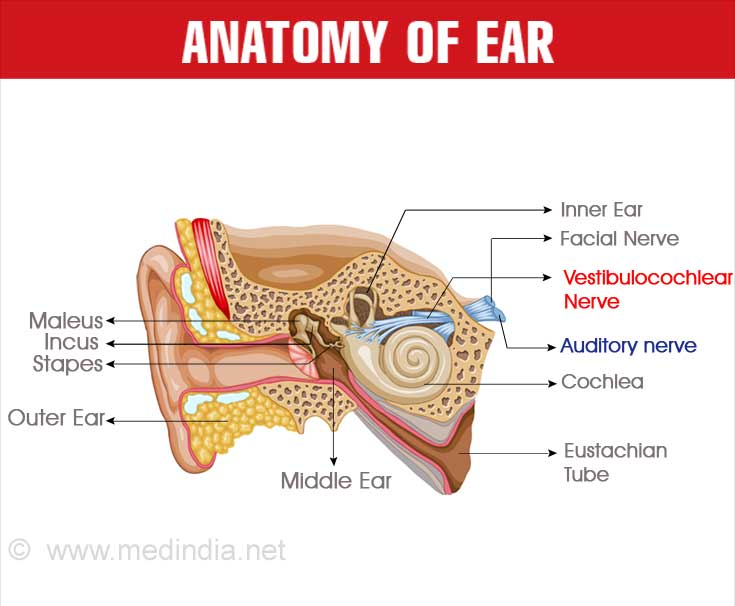 When a sound reaches the ear, it passes through the external ear canal and vibrates the eardrum. These vibrations are conducted by three small bones in the middle ear, the malleus, incus and stapes to the inner ear.(4✔ ✔Trusted Source
Anatomy and Physiology of the Ear

Go to source) The inner ear contains the cochlea, which plays an important role in hearing, and the vestibular part, which is involved in maintaining balance. Signals for hearing and balance from the inner ear are carried by the 8th cranial nerve, also called the vestibulocochlear nerve, to a vital part of the brain called the brainstem.(5✔ ✔Trusted Source
Neuroanatomy, Cranial Nerve 8 (Vestibulocochlear)

Go to source) Signals then pass on to the part of the brain where they are interpreted.

BERA is generally used to identify any pathology in the vestibulocochlear nerve or the brainstem. The test is recommended for infants who are at a high risk for hearing loss and in whom conventional audiometry cannot be performed.(6✔ ✔Trusted Source
Hearing Loss - An Overview

The following are the steps involved in the procedure of Brainstem Evoked Response Audiometry: 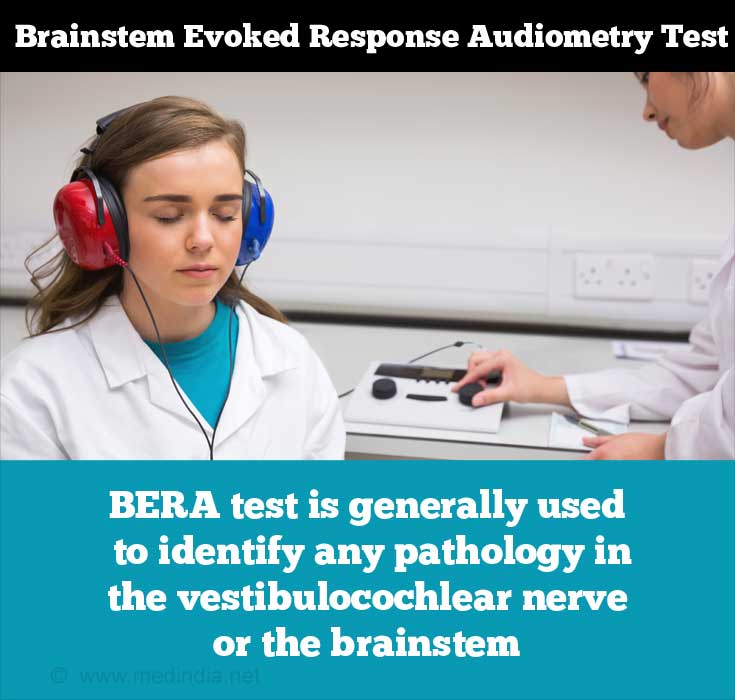 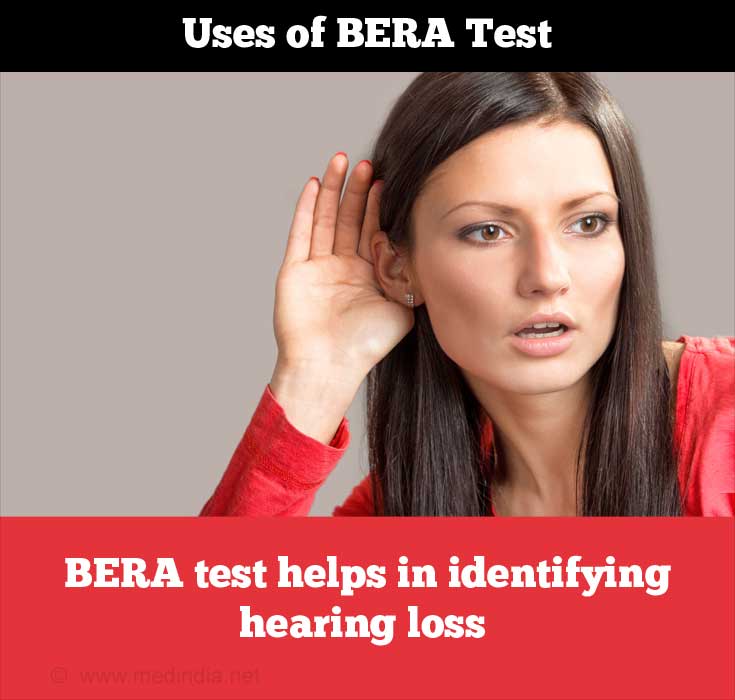 The auditory evoked potential signals produced by the brainstem are recorded as waves containing peaks and troughs. The peaks are positive potentials that are recorded from the electrode at the vertex and are marked as wave I, wave II and so on up to wave VII.(10✔ ✔Trusted Source
The Brainstem Auditory Evoked Response in Old Versus Young Horses

The waves I to VII are believed to arise from parts of the brainstem which are listed below:

In normal hearing adults, the response to the click stimulus presented for about 1 to 10 milliseconds is recorded. Responses beyond 10 milliseconds are thought to be potentials that arise from thalamus (10-80ms) and cortex (80-500ms) of the brain.

The following parameters are measured:

BERA is an effective tool that can be used for various screening, testing and surgical monitoring procedures: 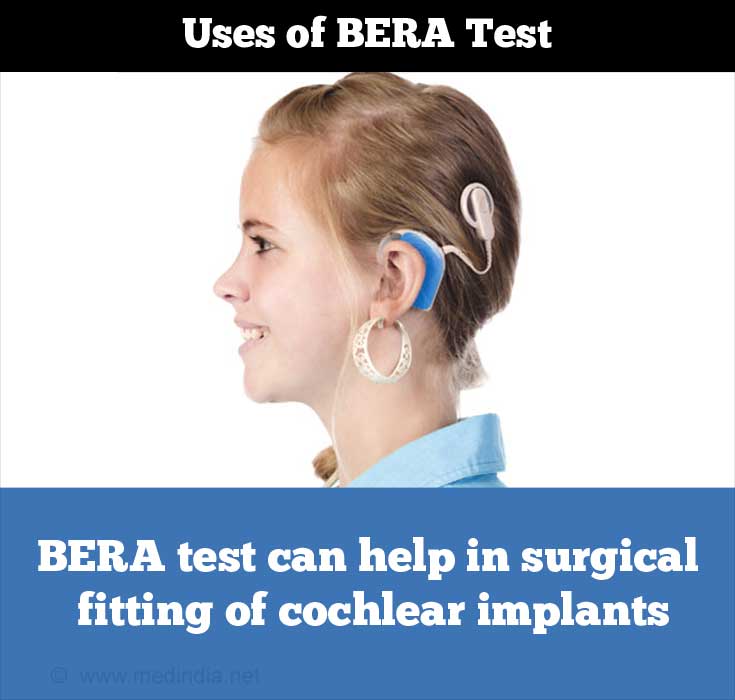 There are no known risks of undergoing Brainstem Evoked Response Audiometry.

Do you wish to consult an Audiologist for your problem? Ask your question

I have bilateral sensorineural loss moderate to severe in one ear and mid to modeartely severe in another. I am often confused to detect whether the sound is comming or not. Which aduiometry test will be most suitable for me ASSR, BERA ,conventional Pure tone audiometry test or any other for selection of most suitble hearing aids and for detection of actual pure tone thresholds?

Language Areas in The Brain The mechanism of how human brain processes the language to express and comprehend the verbal, written, gestures and symbols is still a mystery.

Hearing Tests in Newborns Ideally, screening tests for hearing loss should be conducted before the infant is 1 month of age.

Audiometry Audiometry or the hearing test helps to determine the ability of a person to hear various sounds and consequently identify the location of damage in a person with diminished hearing sensitivity.
Sign up for Wellness Consult a Doctor Sign up for Selfcare
Advertisement
Health Topics A - Z
A B C D E F G H I J K L M N O P Q R S T U V W X Y Z